Living With COVID Proving Tough for A Gridlocked World Economy 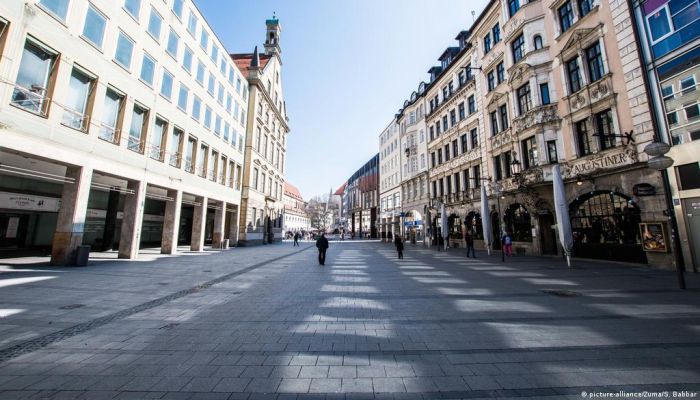 ﻿﻿The surging omicron variant is complicating the recovery for a world economy that continues to be wracked by supply chain chaos, worker absenteeism and faltering assembly lines.

Supermarkets are struggling to stock shelves amid chronic staff shortages. Airlines are grounding flights. Manufacturers are facing disruption and shipping lines remain backed up. At the same time, surging energy prices are adding to inflation, pressuring central banks to raise interest rates even as the recovery slows.

Optimists argue that the economic hit from omicron will be limited as vaccinations and boosters allow the disease to shift from an acute phase to an endemic one. US Treasury Secretary Janet Yellen said she doesn't expect the variant to derail the US recovery.

Analysis by Nomura of omicron's impact on nations hit early like the UK and Canada shows shorter duration waves, faster descents from peaks and lower death rates than the delta variant. That means the psychological fear factor could soon fade and pent-up demand for services would be unleashed.

Still, as the pandemic persists into its third year, it's becoming clearer by the day that a return to economic normality is some way off. The global economy is now split between those countries living with the virus and China's dogged pursuit of Covid-zero.

Such crosscurrents pose an unusual combination of challenges that risk getting baked into the longer-term outlook, according to economists at Citigroup Inc. Their counterparts at JPMorgan Chase & Co. say global growth is now downshifting because of the omicron drag.

The World Bank has already lowered its growth outlook and International Monetary Fund Managing Director Kristalina Georgieva on Friday predicted a difficult year for policy makers, saying 2022 will be like "navigating an obstacle course." The IMF will release new forecasts in coming days.

"There is a risk of underestimating the economic impact from the surge in omicron cases," said Tuuli McCully, head of Asia-Pacific economics at Scotiabank.

"While it seems that the severity of the variant is reduced and therefore the economic consequences would be milder and focused on the first quarter, it is still too early to say with certainty given that cases are skyrocketing in many parts of the world."

The infection surge comes as inflation pressures are forcing some central banks, led by the Federal Reserve, to shift toward raising interest rates. The US central bank, in a meeting of the policy-setting Federal Open Market Committee this week, is expected to signal plans to raise interest rates in March for the first time since 2018.

South Korea has already raised rates this month, its third hike since the summer, and emerging economies are also tightening. China is the exception, cutting rates to shield the economy from a property slump and slowing domestic growth.

For many economies, the disruption is real.

From Australia to the US and the UK, food supply chains for supermarkets are being disrupted and prices have soared on the back of high freight rates, poor weather, labor shortages and energy costs. Airline travel continues to be dogged by travel restrictions and staffing shortages, with thousands of flights grounded around the world.

Heavy industry is also being squeezed. Shares of Toyota Motor Corp. fell on Friday after the automaker announced expanded production halts on rising Covid-19 cases and an ongoing chip shortage impacting its suppliers and operations in Japan.

In Europe, car sales slid for a sixth straight month in December, underscoring the uphill battle that its automakers face. Sourcing enough semiconductors will remain arduous this year, and the pandemic continues to weigh on consumer confidence.

In China, where much of the world's industrial components and some consumer goods are produced shipping containers are stacking up at the already backed-up Shenzhen port as congestion in the US and Europe ricochets back to Asia. The result: delivery delays that weigh on growth and add costs.

While China's aggressive measures to suppress the virus has allowed factories to power through the pandemic, omicron's spread will make that approach even more difficult. Global manufacturers operating in China, including automaker Volkswagen AG, have reported disruption due to lockdowns and other restrictions.

Among those on the front lines are global shipping companies trying to meet solid demand from consumers and businesses amid logistical constraints like port congestion, rail backups and trucker shortages. Matson Inc., a Honolulu-based container carrier, said last week that "we expect these conditions to remain largely in place through at least the October peak season and expect elevated demand for our China service for most of the year."

Hong Kong-based Willy Lin, whose company Milo's Knitwear (International) Ltd. makes high-end sweaters from its factory in Dongguan for clients in Europe, is stocking up on key material to ensure he can meet future orders as the supply snarls continue.

"We are telling our customers, if you want to place orders you must do it now," said Lin, who is also chairman of The Hong Kong Shippers' Council. The veteran industry player is tempering expectations for a quick return to normal.

"I am surprised that people still think these problems will go away soon," Lin said. "It's not realistic."