What To Do about Climate Migrants? 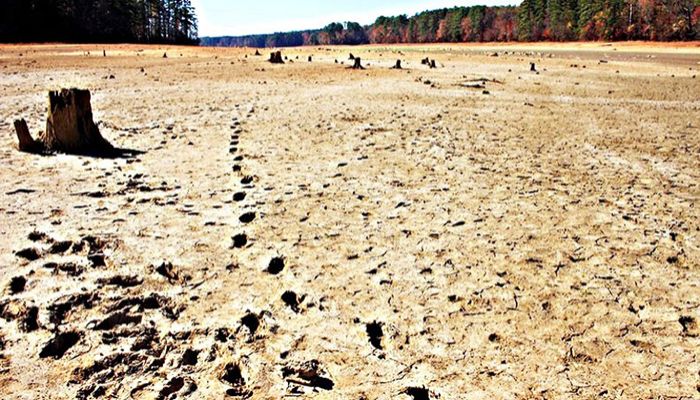 THE climate crisis and migration are two of the most critical — and controversial — issues of the current era. They are also inescapably linked, and if we are to address both then we must do more than mitigate negative impacts of climate change. We need to put people at the centre of our strategies and ensure that their human rights are protected as the world changes around them.

The International Migration Review Forum, which took place this week at the United Nations in New York City, is an important opportunity to press this message home. Advocates must use it to advance a strong, positive narrative on global migration and to convince delegates that a joint agenda addressing the climate crisis is needed.

THE Global Compact on Migration, the subject of the IMRF, was signed in 2018. Only four years later, climate experts, including those within the United Nations, announced the acceleration of global heating beyond previous predictions. Advocates are urging countries to act boldly to mitigate the effects, and strategically adapt wherever losses haven’t already become permanent.

Climate change is a threat multiplier. It exacerbates existing inequalities, like economic unevenness between countries, inequities among populations due to race, gender, class, and so on. It also reaches into every corner of modern life, making it futile to approach it through the usual issue silos. We need a comprehensive approach that builds on points of intersection to create sustainable economies and ensure that rights and justice are secured.

Workers, women, and those populations most affected by the global Covid pandemic and structural inequities need to be central to deliberations in both climate and migration arenas. Policy desperately needs to catch up with this reality. It needs to recognise the rights of those displaced due to climate change and the need for avenues for safe migration that offer long-term solutions.

INSTEAD, there has been growing concern in the run-up to the IMRF that the GCM’s laudable commitments to addressing the adverse drivers of migration and to ensuring ‘safe’, regular and orderly migration are being watered down and even contested. Hedging on commitments and progress is especially concerning given the consequences that we are already seeing on a daily basis worldwide. Consider the recent stories shared during a virtual event on women, migration and climate.

Thousands of the women responsible for packing bananas on plantations in Honduras lost their jobs in the aftermath of recent hurricanes. These storms have become larger and more frequent with climate change. While unions fought to reinstate their jobs, the women waited months for production to come back online without income and or social support.

Persistent droughts, irregular rainfall, higher and more extreme temperatures, and flooding are affecting the entire region of Central America, including its ‘drought corridor’. Local agricultural production has drastically diminished, fuelling population displacement and out migration. This is evidenced by regular ‘caravans’ of migrants seeking safe travel to new destinations.

Instability in conflict areas of Africa is growing. Families internally displaced by climate-related factors in Nigeria have not only experienced physical threats, harassment and violence, but have lacked state support for medical care, access to electricity, sanitary conditions, education for children, and more. Many see little recourse but to move again, within the region or beyond, for safety and survival.

The Environmental Justice Foundation has estimated that in Bangladesh, often cited as one of the most ‘climate-vulnerable’ countries in the world, one in every seven people could be displaced by climate-related factors by 2050. Upwards of 18 million people are projected to move because of sea-level rise alone.

Most climate-related displacement will remain internal to countries; however, pressure to move across borders is always present, especially when countries fail to provide support for displaced populations. In some cases, such as in the Pacific region, relocation is becoming inevitable. Although the region contributes only 0.03 per cent of global greenhouse emissions, it is experiencing more extreme weather, rising seas, increased sea and land salinisation, loss of land and fishing, and more.

Increasingly, people displaced because of climate change are becoming part of what are known as ‘mixed migration flows’: people moving across international borders, with or without migration documents, as asylum seekers, migrant workers, and refugees. Categories of persons on the move are becoming ever more blurred and, as a result, nearly all migrants are facing additional challenges at borders and in their new countries.

Negative, racist, and violent hostilities persist against so-called ‘climate migrants’, and some governments have deemed them ‘security risks’. This is especially concerning within the context of the global pandemic, where migrants have been scapegoated for the spread of the Covid virus. In some countries, this tendency has led to more restrictive immigration policies and militarised border controls.

Right to leave, right to arrive

AS WE strive to progress in the battle against climate heating, firm commitments to human rights and humane migration policies are needed. We must move away from the harmful migration deterrence framework that has dominated policies for decades. Recognising this pivotal moment to address all aspects of climate crisis, national governments and international institutions like the United Nations must advance new, flexible migration pathways that respect rights, including labour rights, with access to permanent residency and citizenship. Policies must acknowledge the scope and scale of climate change and environmental impacts, both as we currently experience them and in anticipation of future hardships.

Action on migration must go hand-in-hand with commitments to address the climate crisis by contributing to climate-related financing for mitigation, adaptation, and loss and damage. This action is necessary for the health and viability of the whole planet and will also address the structural factors underlying migration decisions. The IMRF needs to embrace coherent policies on climate, migration, labour, and development — policies in which climate-related migration and its causes are key priorities.

The writer is director of the National Network for Immigrant and Refugee Rights and a member of the Women and Migration Network.