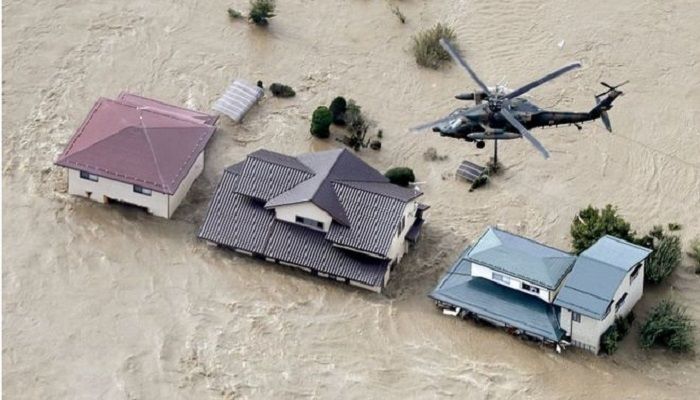 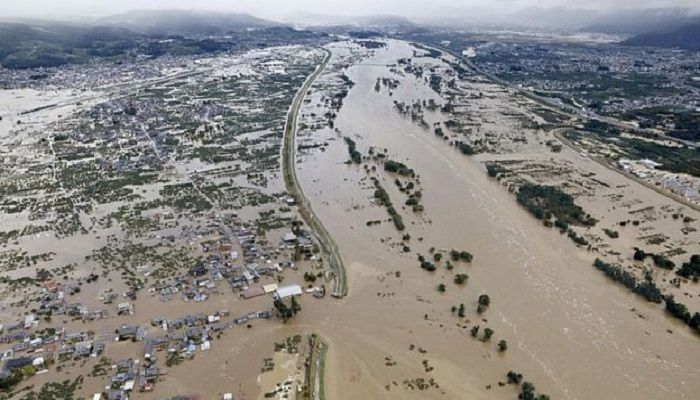 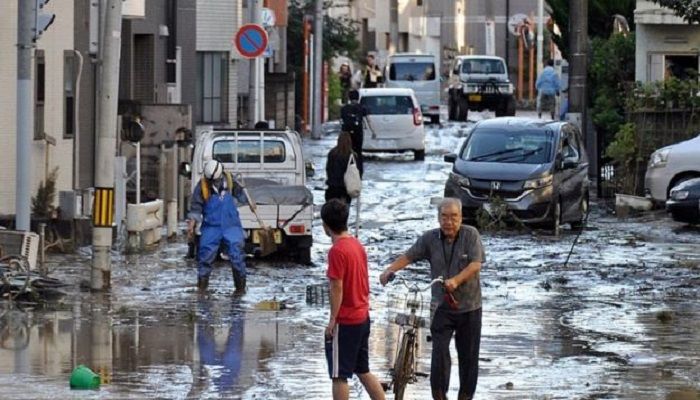 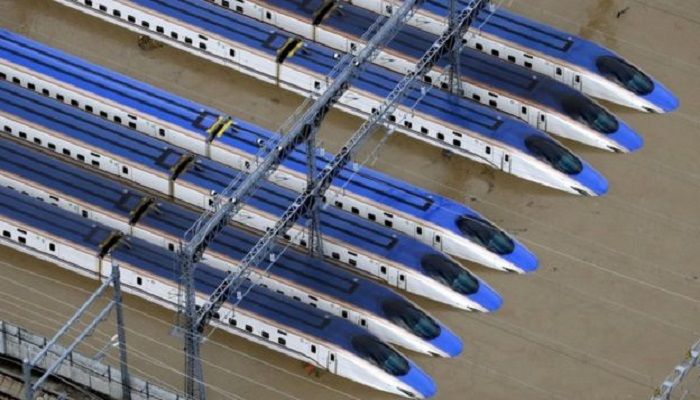 Bullet trains were half submerged in Nagano, central Japan 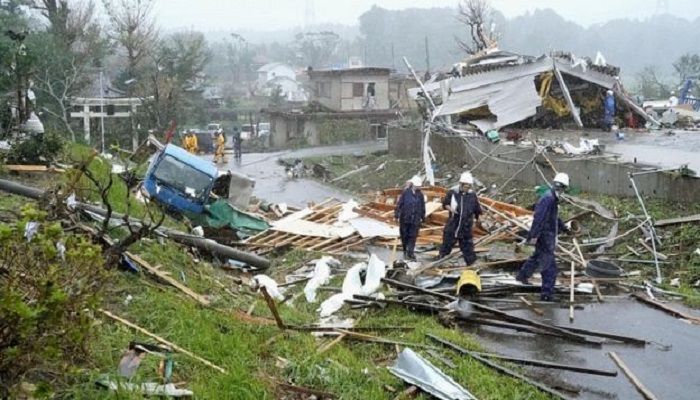 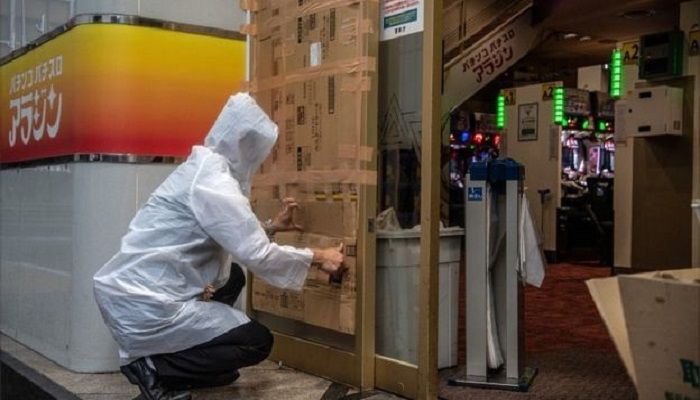 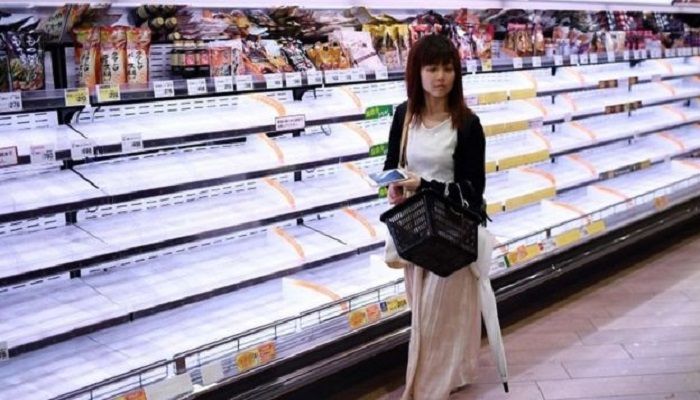 Many supermarket were left empty as people stocked up
Previous Next

﻿Typhoon Hagibis triggered floods and landslides as it battered the country with wind speeds of 225km/h (140mph).

Rivers have breached their banks in at least 14 different places, inundating residential neighbourhoods.

The storm led to some Rugby World Cup matches being cancelled but a key fixture between Japan and Scotland will go ahead on Sunday.

Hagibis is heading north and is expected to move back into the North Pacific later on Sunday.