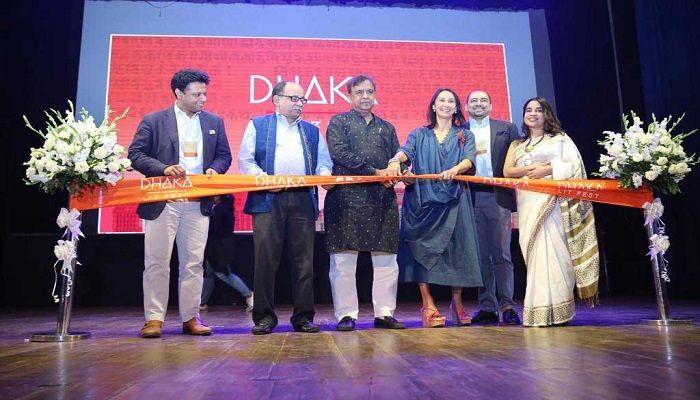 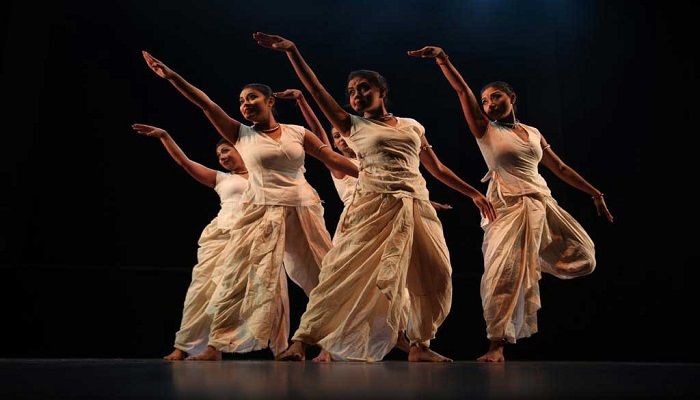 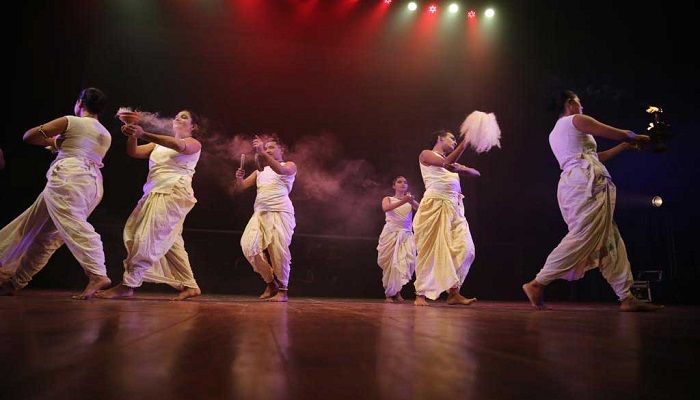 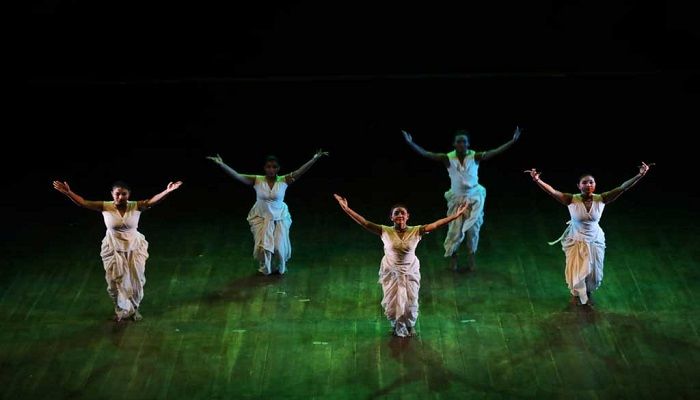 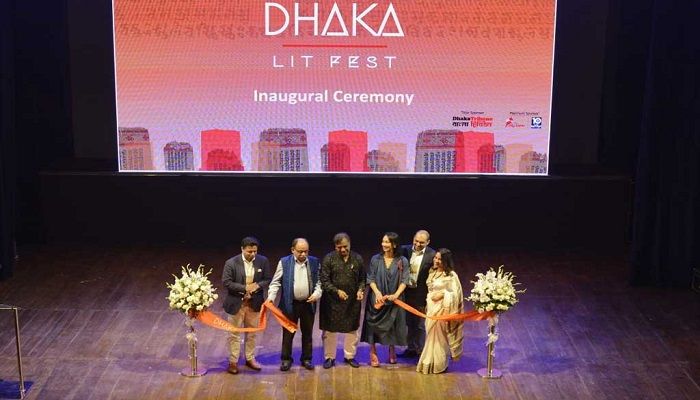 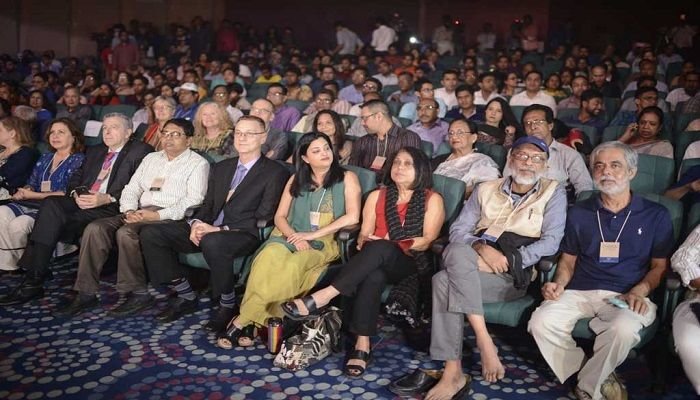 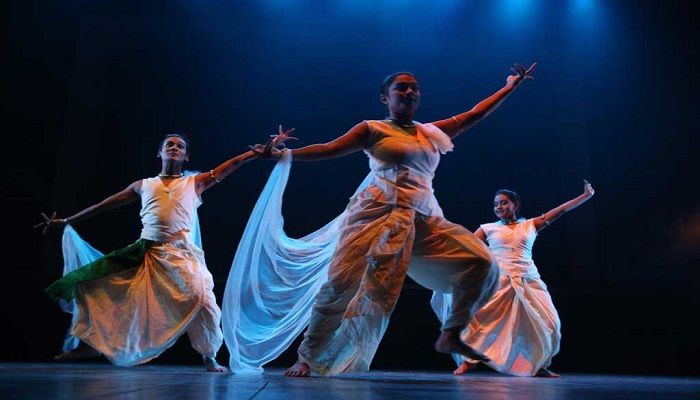 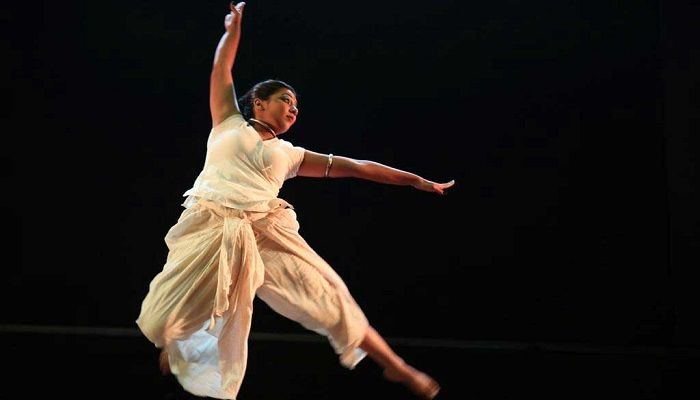 The inauguration program begun with a performance by Shadhona, titled "Aye Amader Ongone". The production by Shadhona celebrates Nature’s ability to overcome obstacles and sustain the environment through the dynamic interaction of the five elements Earth, Water, Fire, Wind and Space. It is based on Tagore’s book of poems ‘Brikkhoropon’ which is performed at the yearly tree-planting ceremony every 22she Srabon in Santiniketan.