20 Photographs of The Week 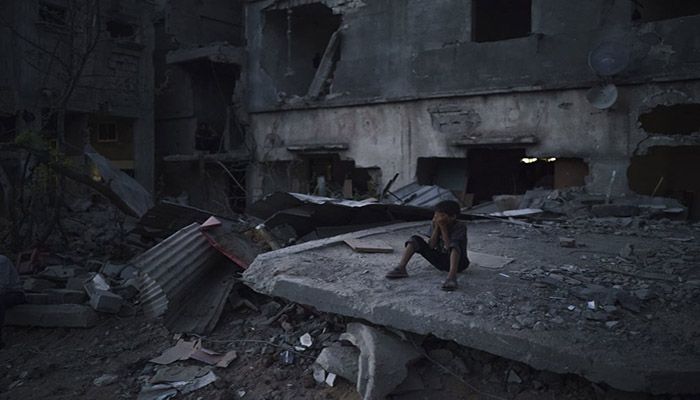 (Beit Hanoun, Gaza) A boy closes his eyes as he plays hide-and-seek at dusk in a neighbourhood heavily damaged by airstrikes during an 11-day war between Gaza’s Hamas rulers and Israel. || Photograph: Felipe Dana/AP 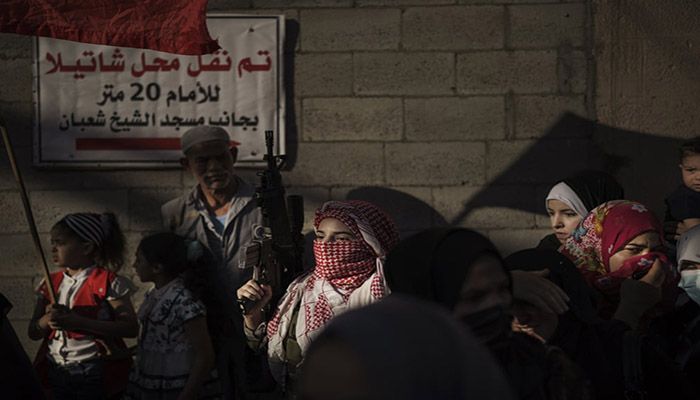 (Gaza City) A Palestinian woman holds a rifle during a rally organized by the Popular Front for the Liberation of Palestine in Gaza City. A truce that ended an 11-day war between Gaza’s Hamas rulers and Israel more than a week ago has so far held but it did not address any of the deeper issues plaguing the conflict. || Photograph: Felipe Dana/AP 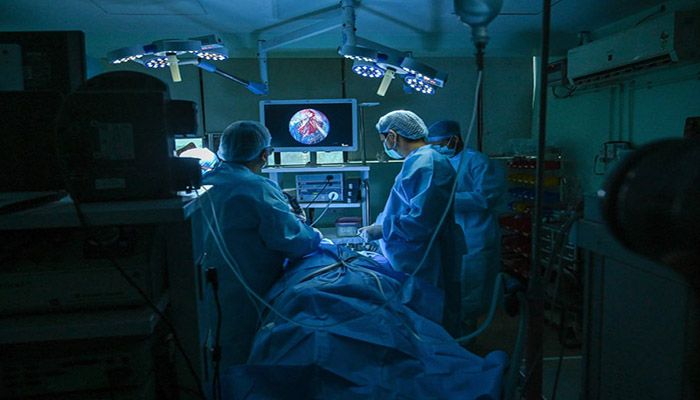 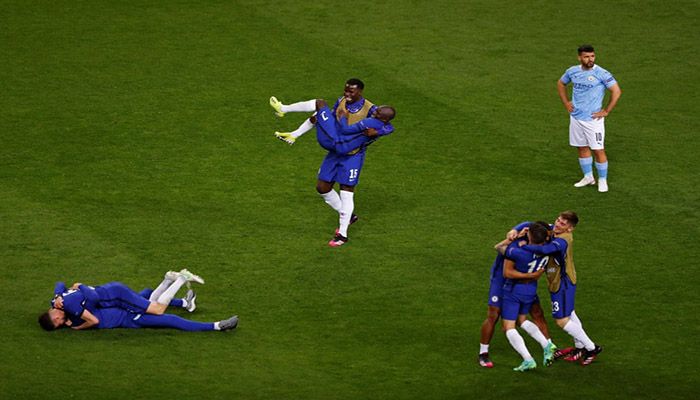 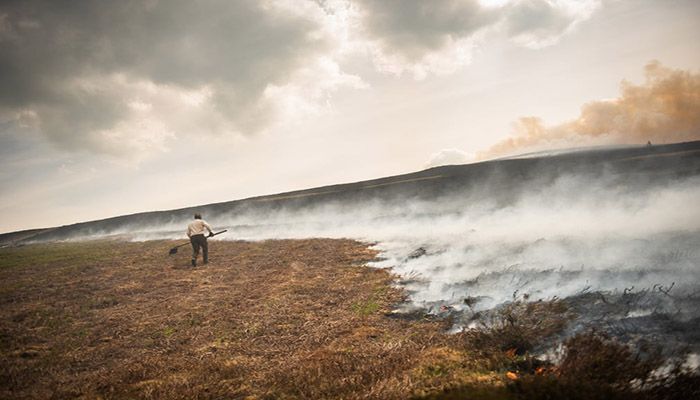 (Llangollen, Wales) Farmer Stephen Frost attempts to beat back a wildfire spreading across the moorland towards his farm above the village of Rhewl in north Wales. || Photograph: Phil Hatcher-Moore/Getty Images 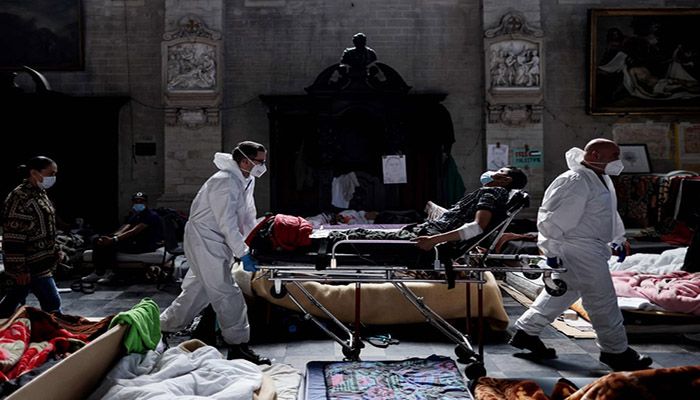 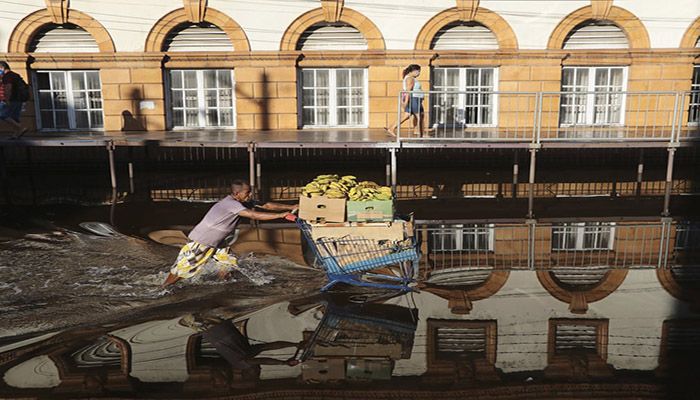 (Manaus, Brazil) A man pushes a shopping cart loaded with bananas on a street flooded by the Negro River in downtown Manaus. Rivers around Brazil’s biggest city in the Amazon rain forest have swelled to levels unseen in over a century of record-keeping. || Photograph: Edmar Barros/AP 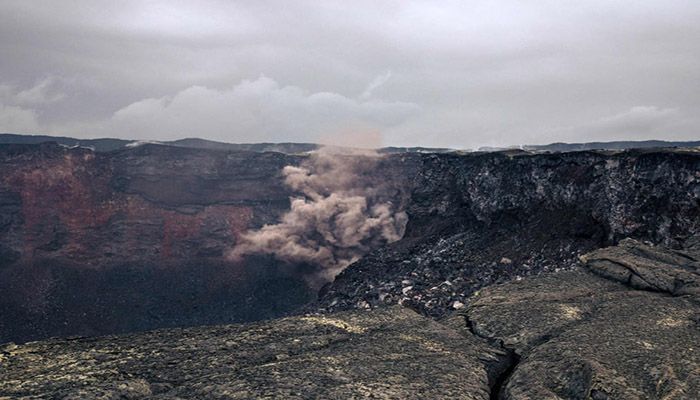 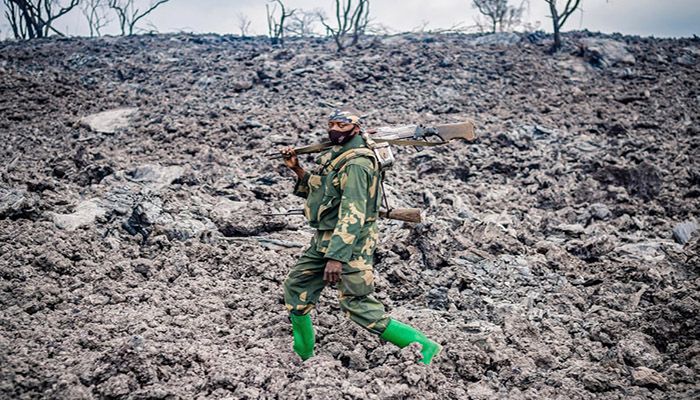 (Goma, Democratic Republic of Congo) A Congolese soldier walks on cooled lava as he provides security for people evacuating from Goma in the aftermath of the eruption of the Nyiragongo volcano. || Photograph: Michel Lunanga/EPA 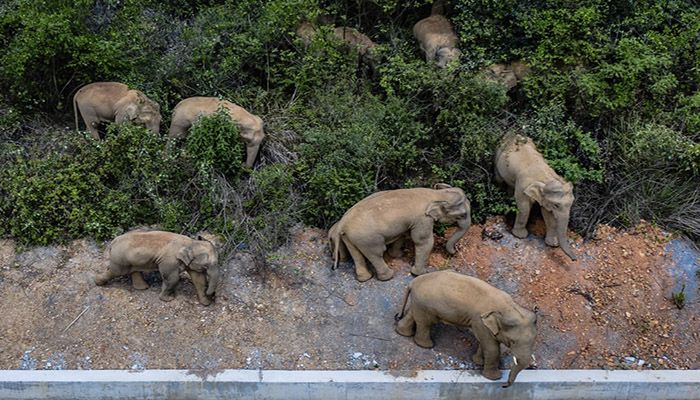 (E’shan, China) Wild Asian elephants walk in E’shan county in Yunnan province, China. A herd of 15 wild elephants have walked 500km from a nature reserve in the southwest of the country and were approaching the major city of Kunming as authorities rushed to try to keep them out of populated areas. || Photograph: Hu Chao/Xinhua News Agency/AP 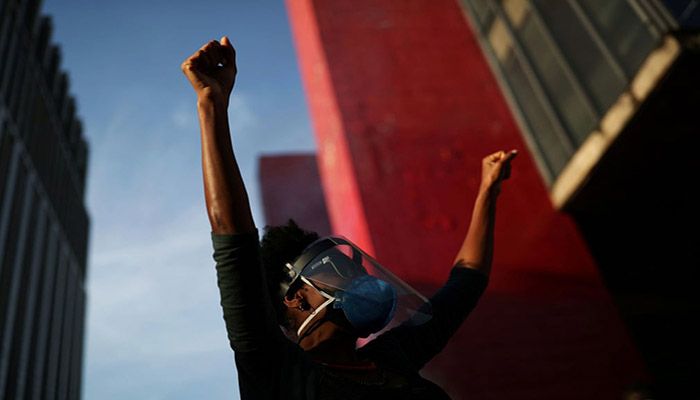 (São Paulo, Brazil) A demonstrator raises her fists during a protest against President Jair Bolsonaro in front of the Museum of Modern Art in São Paulo. || Photograph: Amanda Perobelli/Reuters 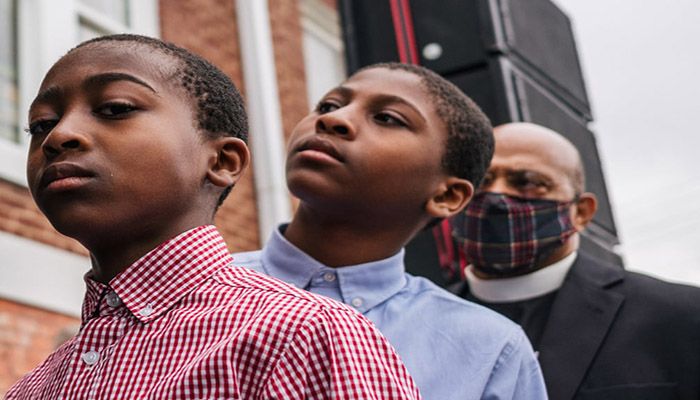 (Tulsa, Oklahoma) Malcolm and Robert Turner listen during a prayer wall memorial gathering in the Greenwood district during commemorations of the 100th anniversary of the Tulsa race massacre when a white mob started looting, burning and murdering people in Tulsa’s Greenwood neighbourhood, then known as Black Wall Street, killing up to 300 people and displacing thousands more. || Photograph: Brandon Bell/Getty Images 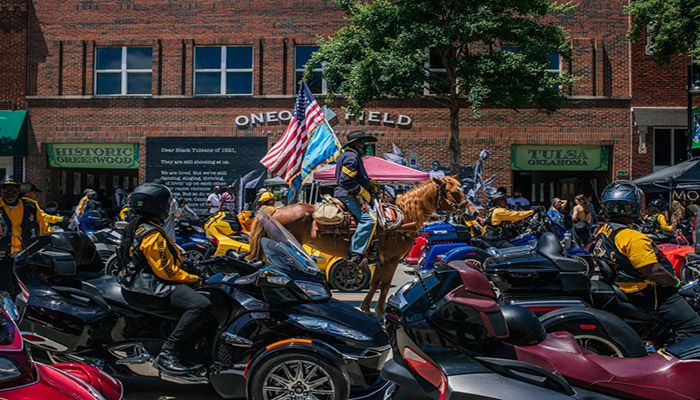 (Tulsa, Oklahoma) Members of the Buffalo Soldiers bike club participate in the centennial Black Wall St heritage parade in the Greenwood district of Tulsa, during the commemorations of the 100th anniversary of the Tulsa race massacre. || Photograph: Brandon Bell/Getty Images 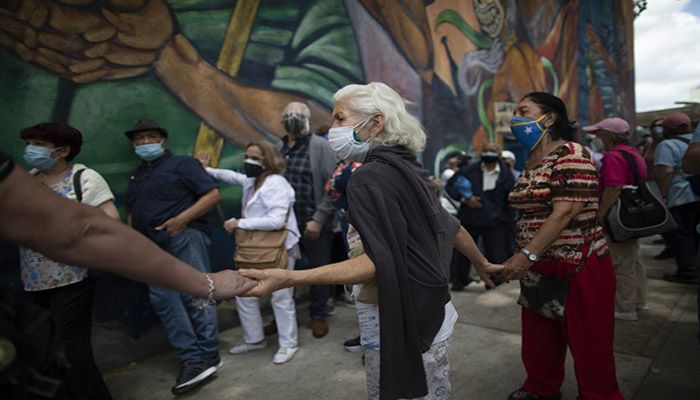 (Caracas, Venezuela) Elderly people hold hands to avoid others from cutting into the queue as they wait outside the Alba Caracas hotel to be vaccinated during a massive campaign for seniors in Caracas. || Photograph: Ariana Cubillos/AP 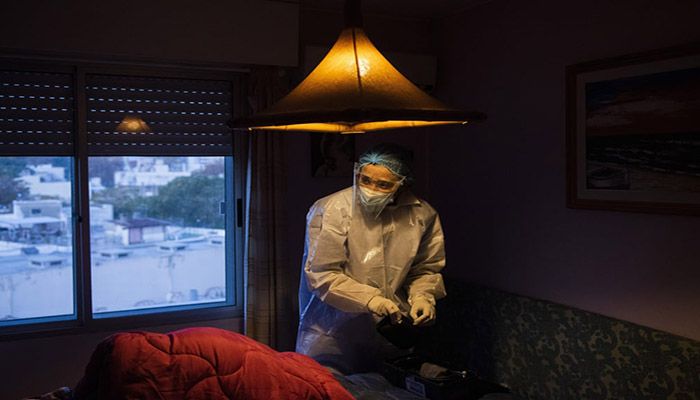 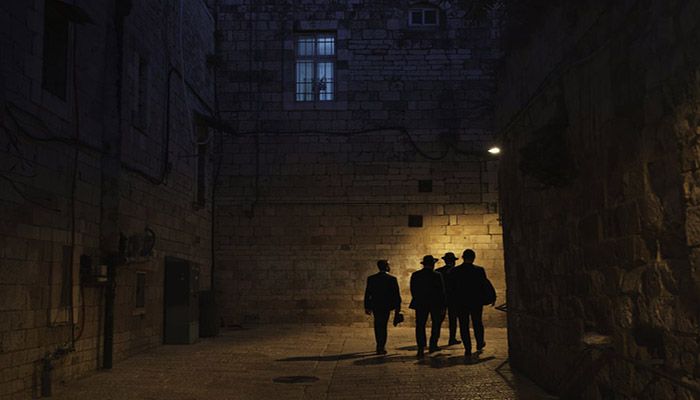 (Jerusalem) Ultra-Orthodox Jewish men walk at night in Jerusalem’s Old City days after a ceasefire was reached in the 11-day war between Gaza’s Hamas rulers and Israel. || Photograph: Felipe Dana/AP 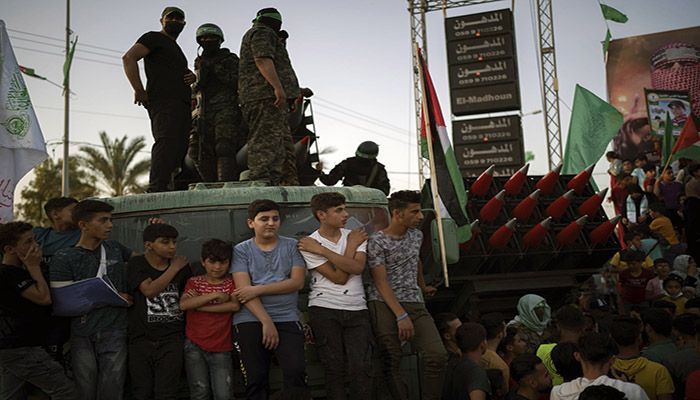 (Beit Lahia, Gaza) Palestinians gather as Hamas militants parade at a rally just over a week after a ceasefire was reached in the 11-day war between Hamas and Israel. || Photograph: Felipe Dana/AP 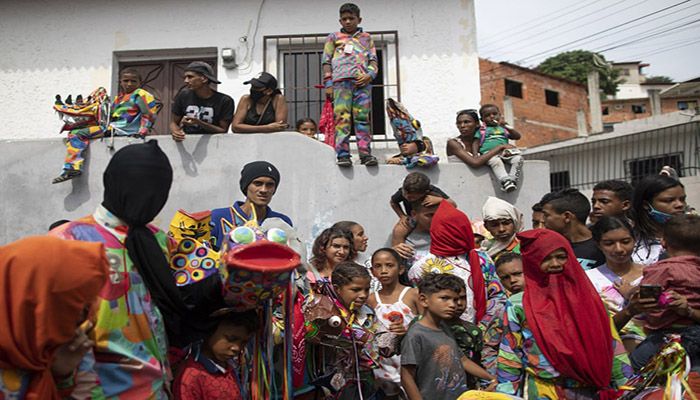 (Naiguata, Venezuela) People dressed in devil costumes celebrate the Catholic holiday of Corpus Christi in Naiguata. Carrying masks of animals and sea monsters, residents of all ages go out and dance in the ancient ritual known as dancing devils that symbolises the triumph of good over evil. || Photograph: Ariana Cubillos/AP 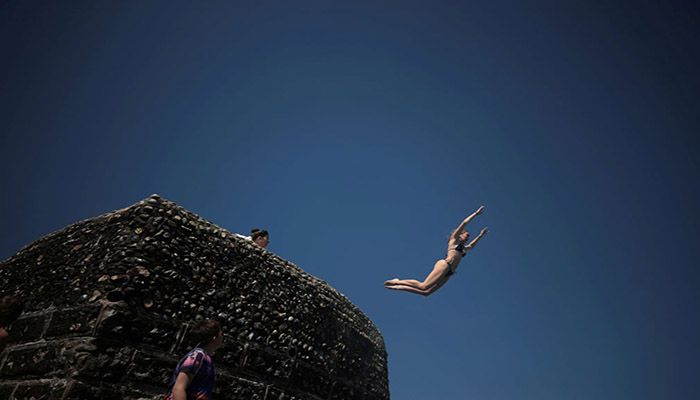 (Brighton, England) A person dives into the sea as people enjoy the hot weather on Brighton beach. || Photograph: Hannah McKay/Reuters 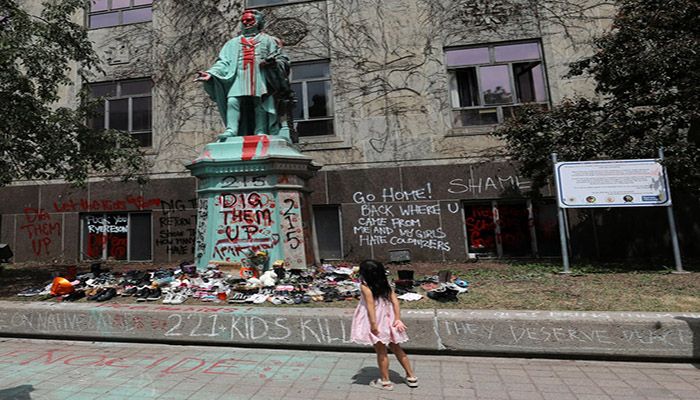 (Toronto, Canada) A girl looks up at the defaced Ryerson University statue of Egerton Ryerson, considered an architect of Canada’s residential indigenous school system, following the discovery of the remains of 215 children on the site of British Columbia’s former Kamloops Indian Residential school. || Photograph: Chris Helgren/Reuters
Previous Next

﻿The aftermath of the conflict in Gaza and Israel, the 100-year anniversary of the Tulsa race massacre, the Nyiragongo volcano near Goma, Covid deaths in India, and many more.