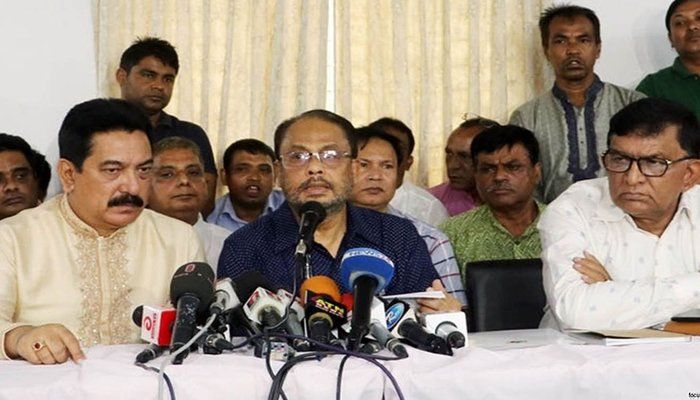 Jatiya Party Chairman GM Quader has said while there is competition in his party, there are no conflicts.

“There is competition, but no conflicts within the Jatiya Party,” he said while distributing relief goods among flood victims at Pachgachi College in Kurigram Sadar Upazila on Saturday.

Quader became the party chairman after the death of his brother and former military dictator HM Ershad last month.

While distributing the goods, the Jatiya Party chairman also said the government has utterly failed to tackle dengue, the mosquito-borne disease which has spread across the country.

The Directorate General of Health Services (DGHS) has said 1,687 new patients were hospitalized across the country in the last 24 hours until Friday morning.

Of them, 996 cases were reported from Dhaka alone.

Official data showed that 21,235 people were hospitalized with dengue since January 1.

Of them, 18,842 patients were admitted to hospitals since July 2.

So far, 14,639 people were discharged from hospitals.