JaPa now united, no factions in between claims Ranga 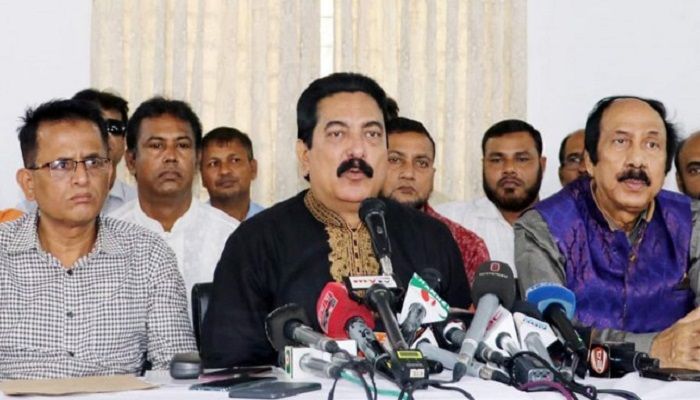 Jatiya Party Secretary General Moshiur Rahman Ranga claims all members of his party are now united and there is no more partition within it. Photo: Collected

﻿Jatiya Party Secretary General Moshiur Rahman Ranga today claimed that all members of his party are now united and there is no more partition within it.

The party was saved from being broken into more factions following a meeting last night, Ranga, also the chief whip of the opposition added.

He further stressed that the party is now more united and according to the announcement of the party chair the national council of Jatiya Party will be held on November 30.

The two feuding factions of Jatiya Party reportedly patched things up last night and decided that party Chairman GM Quader would remain in his post and Raushan Ershad would become the Leader of the Opposition in parliament.

They also agreed to nominate Saad Ershad, son of HM Ershad, in the by-election to Rangpur-3 constituency, which fell vacant after Ershad passed away on July 14, party insiders said.

Representatives of the two factions met at a club in Bashundhara Residential Area last night to reach an understanding.