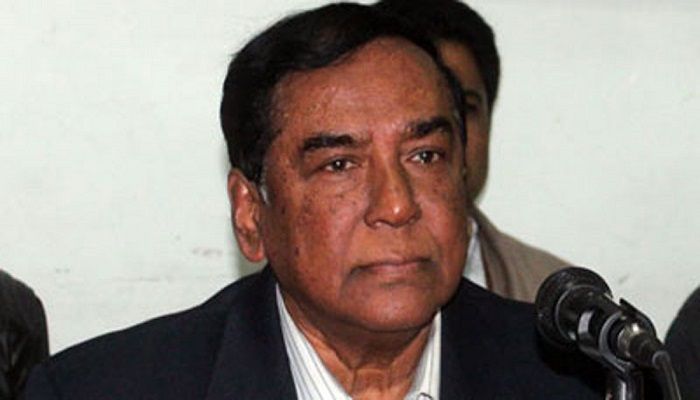 Pallabi police station officer-in-charge Nazrul Islam said, Hafij was arrested under the Digital Security Act. He is now in our custody.’

The Rapid Action Battalion handed him over to us at 2-30:00pm, Nazrul added.

The Nationalist Party chairperson’s press wing member Shamsuddin Dider, quoting Hafiz’s family members, said that members of the law enforcement agencies picked him up after he had landed at Hazrat Shahjalal International Airport in Dhaka at 11:15am.

He said that the opposition leader arrived at the Dhaka airport by a flight from Singapore.

After picking him up, the officer said, Hafiz was handed over to the police and the family was able to trace him at the Pallabi police station at night.

He said that Major Hafiz was scheduled to go to Barishal after reaching Dhaka.