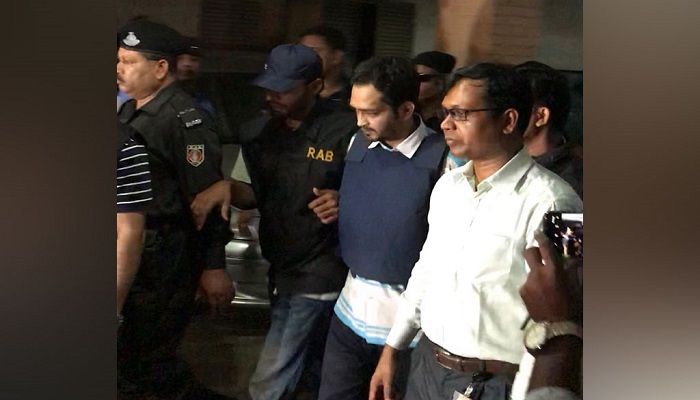 RAB detains Tarequzzaman Razib from a house at Bashundhara Residential Area in Dhaka on October 19, 2019

Earlier the police produced the councillor of ward-33 of Dhaka North City Corporation (DNCC) before the court around midnight and pleaded to place him on total 20-day remand in the two cases, reports BSS.

The elite crime busting agency seized seven bottles of foreign liquor, a foreign-made pistol, a magazine with three bullets, Tk33,000 in cash and a passport from the flat.

RAB later searched his Mohammadpur house and office but could not trace anything except a cheque of Tk5 crore. They suspect that Razib managed to shift all things which can relate him to his notorious activities.

RAB handed Razib over to Bhatara Police Station on Sunday, filing two cases against him.