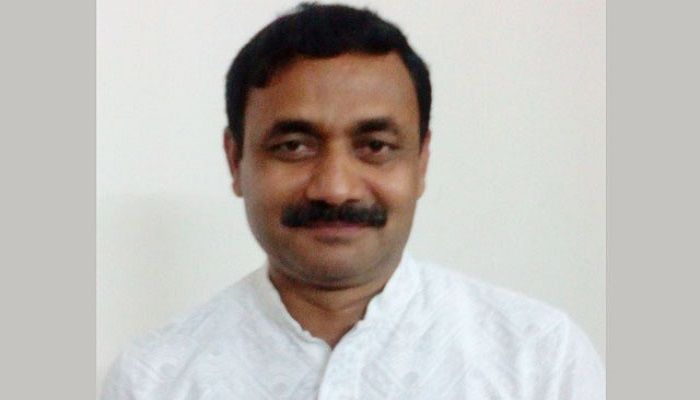 Hasina, also the Awami League president, gave the instruction just a day after Molla Abu Kawser, president of Swechchhasebak League - the volunteer organisation of the AL - was relieved from his post, said an AL leader.

“I was asked to refrain from the activities of the organisation’s council,” Pankaj said yesterday.

The organisation was founded on July 27, 1994. Since its foundation, it has held only two councils.

The first council was held on July 27, 2003, where AFM Bahauddin Nasim and Pankaj Devnath were made president and general secretary respectively.

When Nasim became an organizing secretary of the elected AL in 2009, the then vice president Molla Abu Kawser was made the volunteer organisation’s acting president and subsequently president.

The second council was held on July 11, 2012, where Kawser and Pankaj were then made president and general secretary respectively.

Pankaj was elected as lawmaker from Barishal-4 in the 2014 national election and then was reelected from the same constituency in the last parliamentary polls.

Pankaj’s absence from the council will come at a time when wholesale changes are being made to the elected AL’s power structures. The Chhatra League president  and general secretary were both relieved from their posts in recent times.

On 2007, Pankaj was jailed  for 13 years for amassing illegal wealth and suppressing details about his income and  assets following a case filed by the Anti-Corruption Commission. The  current status of the case could not be known immediately.

Pankaj engaged in the transport business in 2009. He is the the chairman of Bihongo Paribahan, a minibus service company. He is also a member of Dhaka Road Transport Owners Association.

His company owns around 50 minibuses. Those are operated on Mirpur-Sayedabad, Mirpur-Azimpur and Mirpur-12 to Banani routes.