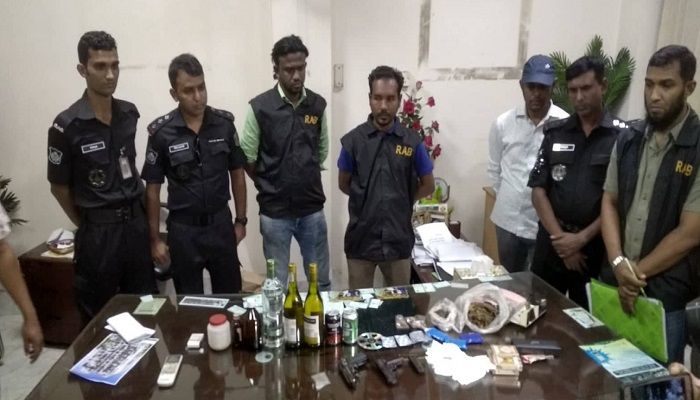 Members of Rapid Action Battalion at the office of ward councillor Manju in Tikatuli area of Dhaka following a raid on Thursday, October 31, 2019. Photo: Collected 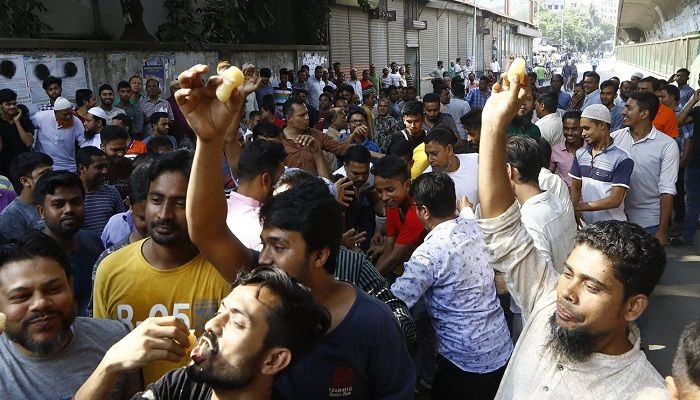 ﻿Rapid Action Battalion detained Moinul Haque Manju, councillor of ward No 39, along with alcohol and firearms during a raid at his office in Tikatuli area of Dhaka today.

After confirming his detention, Lt Col Shafi Ullah Bulbul, commanding officer of RAB-3 said that the elite force members will conduct a raid at his residence also.

The raid at his Tikatuli office was continuing till 12:55pm when the report was filed.

Meanwhile, people ocals in Tikatuli area distribute sweets among each other celebrating the raid.