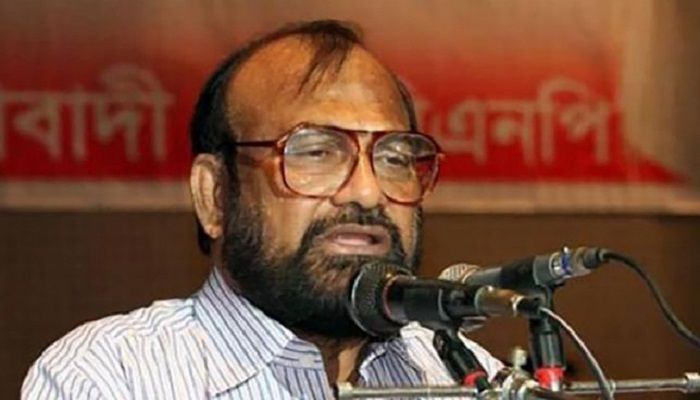 Shairul said Sadek Hossain Khoka was suffering from kidney cancer. He had been in the United States for a long time.

Sadek Hossain Khoka's son Israq Hossain said his father went to the United States for medical treatment on May 7. Recently his physical condition has deteriorated a lot.

Sadek Hossain Khoka was an influential leader of BNP's Dhaka metropolis. Khoka was born in Dhaka on May 12, 2012, according to BNP sources. As a student at Dhaka University, he participated in the War of Liberation in 9. He was elected a member of the BNP's parliament in the year. Later he served as the Minister of the Ministry of Sports, Fisheries and Livestock. In 2002, he was elected mayor of Dhaka.

Shairul Kabir Khan said BNP Acting Chairman Tariq Rahman and Secretary General Mirza Fakhrul Islam Alamgir expressed their grief over the death of this important leader of the party. They extend their condolences to the family of the deceased.