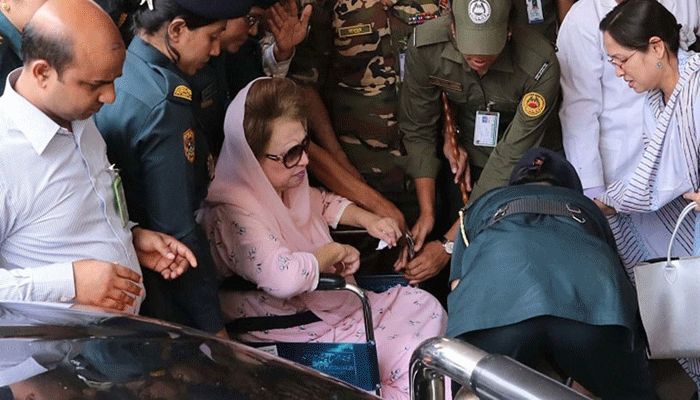 ﻿BNP chief Khaleda Zia has been released from jail after 25 months behind bars as the government yesterday decided to release her suspending her sentence for six months.

The home ministry had earlier sent an order for Khaleda’s release to the prison authorities.

Khaleda was released from BSMMU, where she was receiving treatment, at 3pm Wednesday.