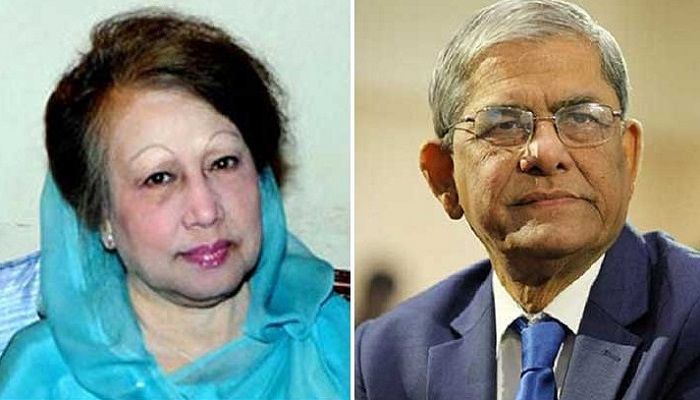 ﻿Despite having freed on March 25, the meeting between BNP Chairperson Khaleda Zia and the party secretary general Mirza Fakhrul Islam Alamgir is being delayed for unknown reasons.

The much-coveted meeting between the two high-ups of the party took place on Monday night at last.

Khaleda Zia observes fasting and receives treatment in the holy month of Ramadan staying in quarantine.

On March 25 last, Khaleda was released from jail for six months upon an executive order considering her age and humanitarian ground.

The government passed the executive order for her release on two conditions -- receiving treatment staying at her Gulshan residence and not leaving the country.

Khaleda was sent to Old Dhaka Central Jail after she had been sentenced to five years’ imprisonment by a special court in the Zia Orphanage Trust corruption case on February 8, 2018.