Cyclone Amphan: BNP Asks Its Followers to Stand by People 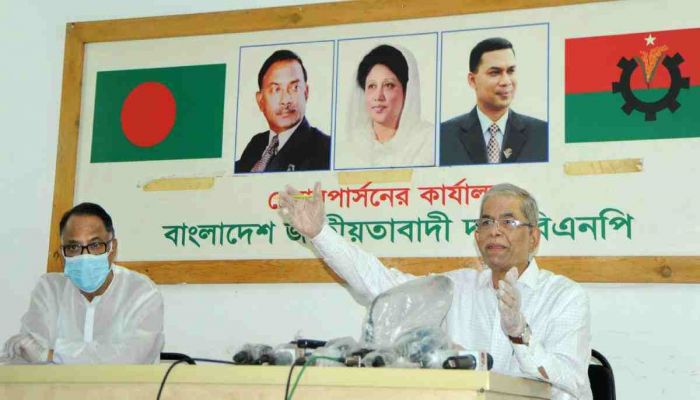 ﻿On Tuesday, BNP Secretary General Mirza Fakhrul Islam Alamgir asked their party members and activists to stand by the people to be hit by the natural catastrophe, as the nation prepares for the Super Cyclone 'Amphan' in the middle of the coronavirus pandemic.

"The deadly category-5 cyclone is going to hit the country to add to our sufferings in the center of the corona. We are likely to face a serious disaster, "he said.

Speaking at a press conference at the Gulshan office of BNP Leader, Fakhrul urged all the members and activists of his party to get ready to stand alongside the cyclone-hit people.

He also called upon the government to take all the necessary steps to check the loss of lives and stand by people to assuage their sufferings.

According to data from the US Joint Typhoon Warning Center, Super Cyclone Amphan became the strongest storm ever reported in the Bay of Bengal.

It's the second super cyclone to hit the Bay of Bengal since records began. During the last super-cyclone in 1991, nearly 15,000 villages were affected and nearly 10,000 people were killed.

State Minister for Disaster Management and Relief Dr Md Enamur Rahman said ‘Amphan’ is moving across the Bay of Bengal and likely make landfall in Bangladesh’s coastal areas by Wednesday.