No Mercy to Those Spoiling Party Image: Quader 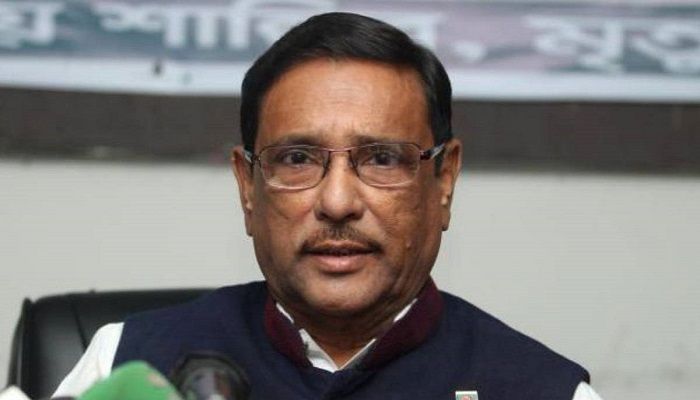 ﻿Issuing a note of warning, Awami League general secretary Obaidul Quader on Monday said those who are spoiling the image of the party by accumulating wealth illegally will not be spared.

Obaidul, also the Road, Transport and Bridges Minister, came up with the remark while speaking at a regular online briefing from his residence.

Describing Awami League as the organization of the people of the country and its soil, he said, ''No one will be allowed to make his fortune resorting to irregularities abusing the name of the party. There's no place for the greedy and conspirators in Awami League.''

The government has taken a tough stance against irregularities and corruption in every sector, including illegal casino business, relief activities and health sectors as Prime Minister Sheikh Hasina is taking action after unearthing corruption, said Quader.

Talking about BNP, the minister said, ''Instead of standing beside the helpless people of the country, BNP is now observing their political isolation and doing criticisms of the government as they can’t see people’s miseries. BNP is resorting to spreading falsehood as its political strategy.''

Now the people of the country no longer like the politics of blaming others, he said adding ''Now the politics should be for saving people and preventing the coronavirus spread.''