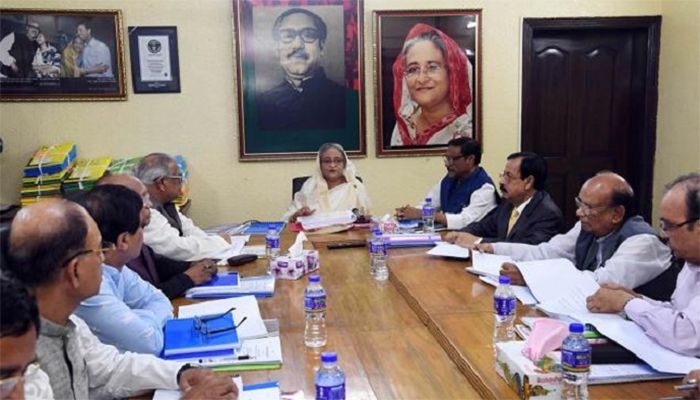 ﻿A Parliamentary Board meeting of the Awami League (AL) will take place on Sunday to select the party members for the by-elections to five seats in the parliament.

The constituencies of the JS — Dhaka-18, Dhaka-5, Pabna-4, Sirajganj-1 and Naogaon-6—fell vacant after the deaths of five AL lawmakers.

Prime Minister Sheikh Hasina will preside over the meeting at her official Ganabhaban residence at 4:30 pm, the deputy secretary of the party's office, Sayem Khan, said.

However, since most parliamentary nominating board members are elderly, the meeting will take place on a small scale to avoid corona risk, he said.

In five by-elections a total of 141 candidates have collected nomination papers for the party to compete. There are on average 28 members proposed for each constituency.