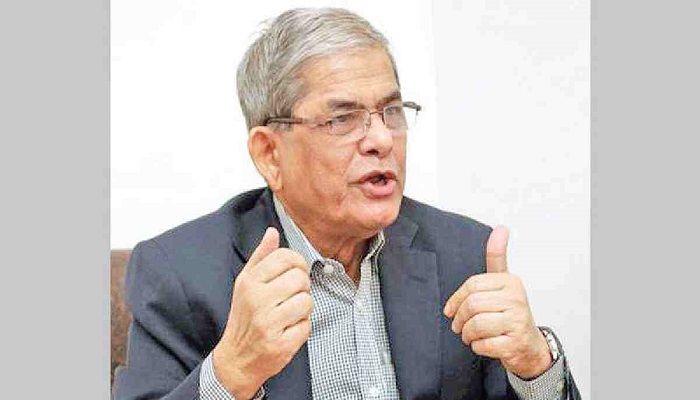 ﻿BNP has demanded the government find out the real cause behind the AC explosions at a mosque in Narayanganj.

"We strongly demand an immediate and proper investigation to unearth the real causes behind the Narayanganj blast, and ensure exemplary punishment for anyone involved in it," said BNP secretary general Mirza Fakhrul Islam Alamgir.

He made the demand in a statement issued by the party on Saturday.

Some 40 people suffered burn injuries as all the air conditioners of Baitus Salam Mosque exploded during Esha prayers in Fatullah, Narayanganj on Friday night. At least 20 of them succumbed to their injuries.

Fakhrul said the blasts at the mosque that claimed so many lives is very painful and heartrending.

The BNP leader urged the government to ensure proper treatment of the injured and wished their speedy recovery.

He said many people are being killed and injured in road accidents, launch capsizes, and other accidents almost every day across the country.

''A chaotic situation has been prevailing all over the country due to mismanagement and lack of good governance.  Unscrupulous people do not hesitate to indulge in misdeeds and unfair acts as there’s no accountability anywhere in the country,'' Fakhrul observed.

He said newspapers are regularly running news on deaths in different accidents, but the government is not taking any initiative to find out the causes behind so many accidents and casualties, and prevent those.

''So, the death of people in repeated accidents has apparently become normal affairs. The level of accidents has now multiplied as those responsible are not brought to justice,'' the BNP leader added.