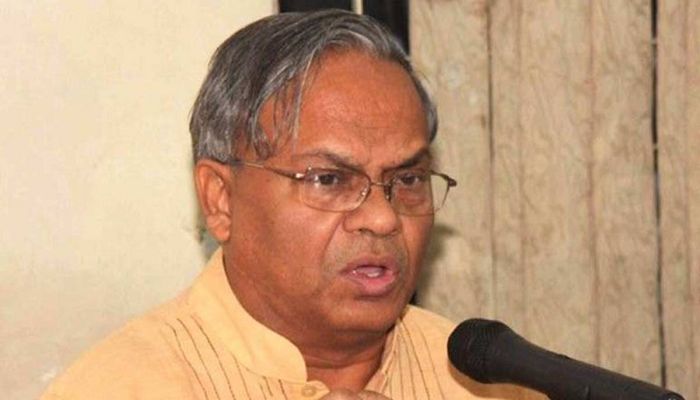 ﻿BNP on Sunday said the Law Minister’s remark on making the death sentence the highest punishment for committing rape is mere an eyewash to weaken the countrywide movement against sexual harassment.

''We think the law minister’s statement is nothing but an eyewash and an extreme hoax. He talked about amending the law only to quell the intense movement protesting the violence against women and children across the country,'' said party senior secretary general Ruhul Kabir Rizvi.

The BNP leader made the remarks while speaking at a press briefing at the party's Nayapaltan central office.

Amid a strong protest across the country against the growing rape incidents, Law Minister Anisul Huq on Thursday said the government is going to amend the Women and Children Repression Prevention Act, 2000, to make the death sentence the highest punishment for rapists.

He said the draft of the proposed amendment to the act will be tabled at the next Cabinet meeting for approval.

Rizvi said the enforced disappearances, murders and rapes have turned epidemic with the "backing of Awami League leaders since the party has come to power illegally. Most perpetrators get the government's patronage. Death row convicts are getting presidential clemency, let alone punishing rapists.''

He said ruling party offenders are encouraged to do whatever they want and indulge in any crimes since they are not brought to justice. ''Rape, sexual harassment of women and children and other social crimes are increasing at a geometric rate due to the prevailing culture of impunity.''

The BNP leader said the perpetrators of rape and killing are spared and the law enforcers do not take action against them due to the state patronage. "Where the culture of impunity is the ideal of the government, there's a doubt in the public mind about the trial of rapists even after the amendment to the law.''