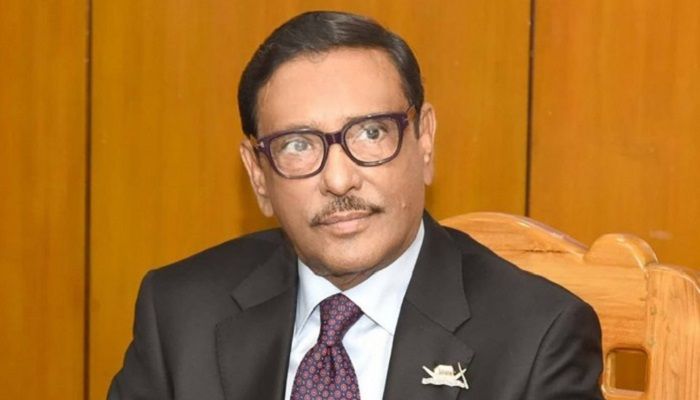 ﻿Awami League General Secretary Obaidul Quader on Wednesday said BNP had introduced the culture of impunity in the country during its reign as the present government replaced it with the culture of justice.

''BNP had introduced the culture of impunity in the country but the present government is trying to get out of it,'' he told a virtual press briefing from his official residence.

Quader said the government has taken a strong stance against irregularities, graft and social offences. The government's stance was reflected as it has already promulgated an ordinance incorporating a provision of the death penalty for rape, he said.

The AL general secretary said if the provisions of the law are strictly enforced, the perpetrators will fear and all these heinous crimes would be brought under control.

He urged the people from all walks of life to get united and stop sheltering criminals and block their political refuge forever.

Quader, also the road transport and bridges minister, said once any crime occurs in the country, the government takes legal and administrative actions as soon as possible.

He said when the BNP came to power in 2001, it made a record of violence against women and children, while thousands of women, including Purnima, Rahima, Mahima and Fahima, were tortured at that time.

The BNP did not bring the perpetrators to justice but the level and type of torture on minorities exceeded all records, he added.

The AL general secretary said the state-sponsored grenade attack was carried out by the BNP in 2004, while it obstructed the trial process of the grenade attack case at all levels.

The BNP is the father of state-sponsored terrorism, sponsored-killings and stopping the paths of justice, he said.

Quader said after the formation of Sheikh Hasina’s government, the culture of impunity was stopped, replacing it with the culture of justice in this country.

''Now no criminal gets acquitted now after committing a crime,'' he said. But a vested quarter is spreading propaganda against the country and the government through social media, Quader added.

Claiming that the country's economy has already turned around under the strong and visionary leadership of Prime Minister Sheikh Hasina, Quader said despite the floods, cyclones and coronavirus pandemic, the country’s foreign exchange reserve has reached nearly US $40 billion, while the export earnings and remittance are on the rise.

The country's economy was returning to a positive trend from the negative impact of Covid-19 and that is why the world leaders lauded the Sheikh Hasina’s leadership, he added.