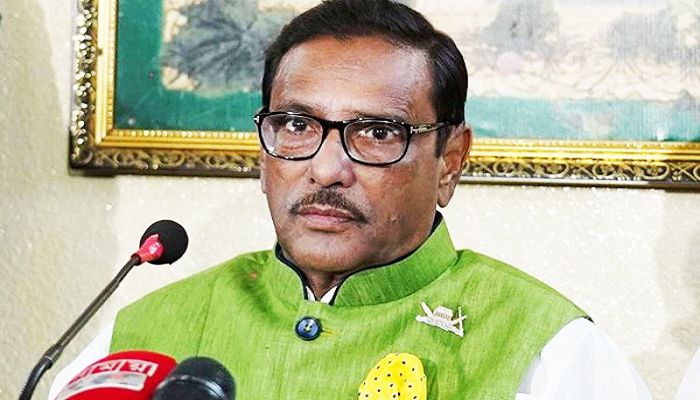 ﻿Awami League General Secretary and Road Transport and Bridges Minister Obaidul Quader on Thursday said BNP's all political strategies have become blunt to people and they don't have trust in BNP.

He said this while inaugurating the construction work of rest centers having comprehensive facilities for freight drivers at Cumilla on Dhaka-Chattogram highway and at Sirajganj on Dhaka-Tangail-Hati Kamrul-Rangpur highway.

He joined the program through videoconferencing from his official residence on parliament premises.

Quader said the government shows respect to dissent opinions and for that, the BNP and other opposition parties can always spread hatred and falsehood against the government.

As there is absolute freedom of expression in the country, the opposition parties can make criticism of the government, he said, adding that the mass media is also enjoying the freedom and they can publish and broadcast any news.