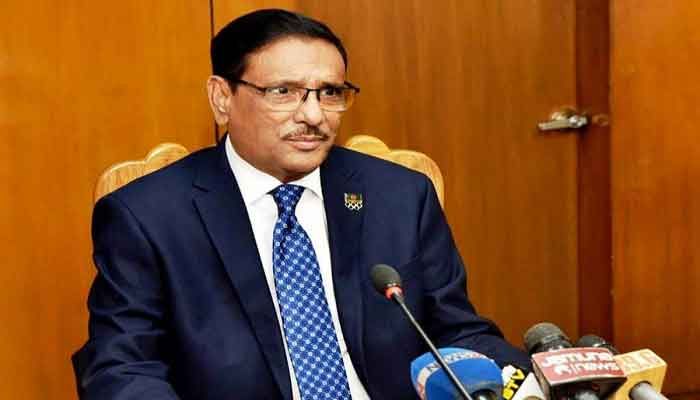 Awami League General Secretary and Road Transport and Bridges Minister Obaidul Quader on Friday said BNP’s terrorist acts will not be tolerated by any means as AL along with the people will give a befitting reply to them.

"BNP is carrying out its continuous sabotage and acts of terrorism even during this humanitarian crisis caused by the coronavirus pandemic. We remained prepared to react appropriately to such anarchic activities as we did in the past," he said at a press conference at the Dhanmondi Political Office of the AL President, reports BSS.

Mentioning the bus fire incidents at several locations in the city on Thursday, he said the sudden sabotage and anarchic behavior show that BNP could not escape from its conventional terrorist path.

Because of their terrorist acts, people boycott them again and again, he said, adding that it is the old tradition of BNP to carry out attacks on innocent people to kill them and properly harm the public to create a panicky situation to take political advantage.

BNP founder Ziaur Rahman, Quader said had grasped state power by misleading people by carrying out killings and hatching conspiracies and created a panicky situation in the political arena by initiating repression against political leaders.

“BNP was recognized as a terrorist organization in the international arena. Even now the party is continuing its evil acts defying all democratic rules and regulations. Yesterday’s incident has proven it,” he said.