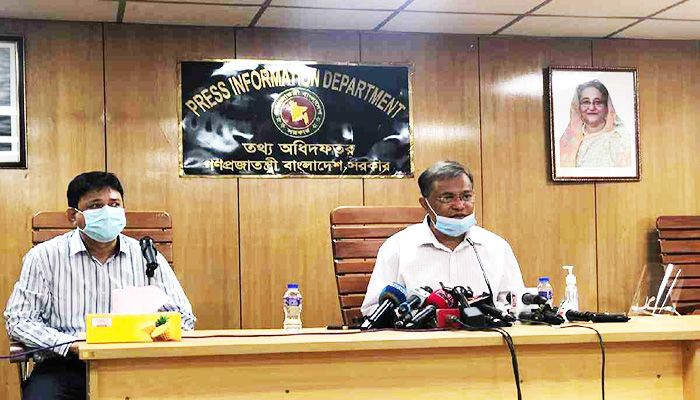 Information Minister Hasan Mahmud said BNP has once again started its old game of launching arson attacks on buses and people when the whole country is worried about the COVID-19 situation.

He made the remarks on Sunday while condemning recent arson attacks on buses in the city.

"Almost all the people who were arrested in connection with the attacks are BNP activists. An audio record of a conversation between two BNP leaders also has been leaked," Hasan said while talking to journos' at the secretariat.

"The party which is involved in 'bad politics' cannot be representatives of the people. A Canadian court also stated BNP as a party of 'terrorist'," the Awami League leader said.

On Thursday, nine buses were torched in different parts of the city, including in front of Madhumita Cinema hall, Pir Yamini Market, Shahbagh's Katabon, Khilgaon's Shahjahanpur, at the secretariat area, Naya Bazar, and Bhatara's Coca-Cola crossing.

Several units of firefighters put out the flames.