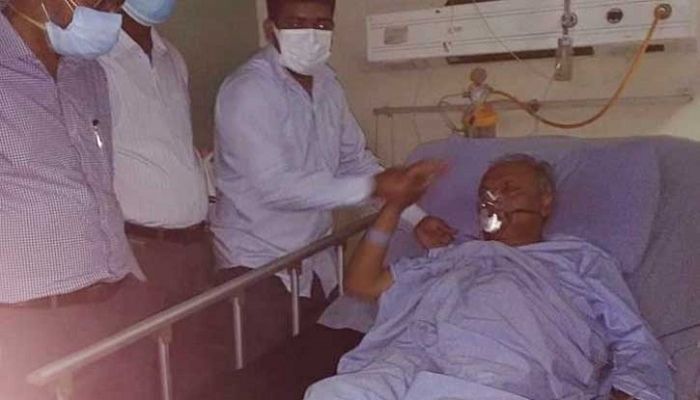 BNP Senior Joint Secretary General Ruhul Kabir Rizvi was admitted to the Labaid Specialised Hospital in the capital on Tuesday.

Rizvi's personal physician and cardiologist, Monwarul Qadir Bittu, said he was admitted to hospital 601 at 11:30 a.m. for further care and monitoring of his heart function.

A medical board will be formed headed by professor Sohrabuzzaman, he said.

The senior BNP leader returned home on October 28, after undergoing treatment for heart issues for more than two weeks at the hospital.

Doctors found a block in his heart earlier on October 15 and removed it by injection.

On 13 October, Rizvi was admitted to Labaid Hospital for cardiac arrest.