Padma Bridge Will Be Inaugurated on Victory Day 2021: Quader 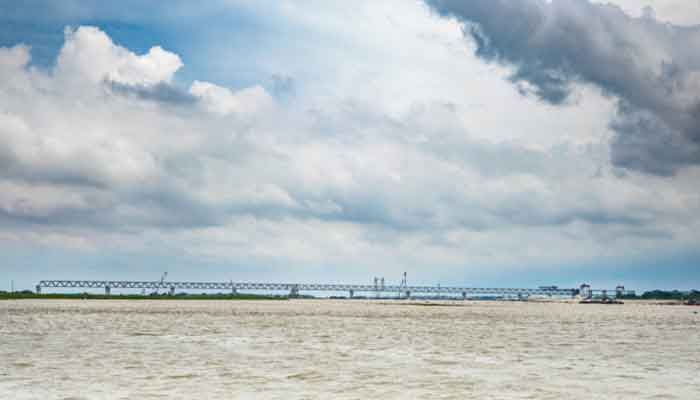 Road, Transport and Bridges Minister Obaidul Quader said that the construction of the Padma Bridge will be completed by December 2021 and will be inaugurated on Victory Day that year.

"Out of 40 spans of the bridge, 37 have been installed and 82 percent of the project has been completed," said the Minister at the "Meet the Reporters" program organised by the Dhaka Reporters' Unit (DRU) on Friday, reports media.

He said the government had made 450 kilometers of four-lane highways across the country in 12 years, and work was underway to create another 400 kilometers, adding to the construction of border roads.

Admitting that discipline has not yet returned to the public transport sector of the country, the Minister of Bridge said If discipline is not restored in public transport, people would not be able to enjoy the benefits of this growth of the roads. We are working on a project to restore order on the roads.

He said there are many infiltrators in his party, but the Awami League takes strong action against any criminal activities committed by them.

"Prime Minister Sheikh Hasina is strict in this regard. Criminals belong to no party and a party cannot be a shield for them," Quader added.

He said that the BNP had developed a reign of terror when it came to power, and the people had not forgotten that.

Quader also said the BNP had not staged any protests demanding the release of the party chairperson.

"They have failed in their movement for elections. Their politics is the politics of giving press releases from home. BNP leaders sit at home calling for movement, but we have endured a lot of torture and have done politics."

Those who speak about democracy and multi-party democracy elected a farcical election in 1996 with a night curfew in the country and are now challenging the election, he said.

DRU General Secretary Riaz Chowdhury carried out the program while President Rafiqul Islam Azad presided over it. Journalists from different media outlets were present at the program.