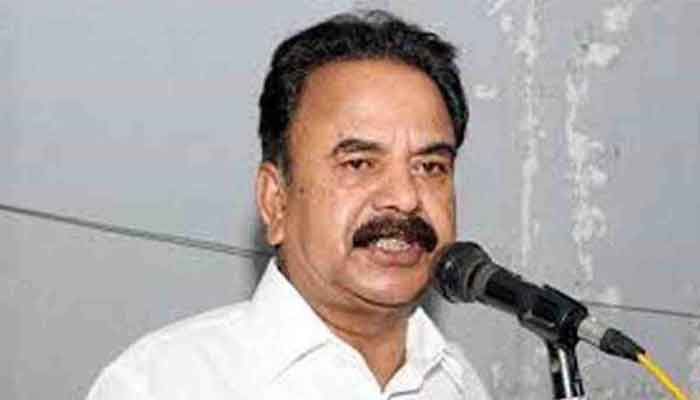 BNP senior leader Gayeshwar Chandra Roy said on Friday that their party is waiting for an atmosphere of mass uprising to turn Bangladesh into a democratic country by overthrowing the current government.

"The leaders of the BNP are determined to achieve the goal of their party. They don't even consider whether they're going to welcome death or not in the way they're going to accomplish the target," he said, reports UNB.

Speaking at the doa mahfil in the Nayapaltan central office of the party, he said, "They (BNP leaders) are just waiting for scope and atmosphere... we are determined to materialise the 1971 dream of creating a democratic state by ensuring the fall of the current government through a mass uprising."

BNP has arranged the program to mark the 56th anniversary of the birth of its acting president, Tarique Rahman, who has been staying in London for a long time.

Gayeshwar, a BNP standing committee member, urged the young generation to come forward to materialise the dream of freedom fighters by ‘restoring’ democracy in the country.

"I would like to tell the youth that the coming days are yours. We had fought in 1971 at your age to build Bangladesh as per our dreams. But we still couldn't build it in the way we wanted at that time. We’re beside you in the fight to build a democratic Bangladesh. You just come with us, we’ll never leave you,” he said.

Tarique was born on November 20, 1965 in Bogura. On September 11, 2008, he went to London for treatment, and he has been living with his family there since then.

He has been working as acting chairman of BNP since his mother and party chairperson Khaleda Zia’s imprisonment in Zia Orphanage Trust graft case on February 8, 2018.

BNP did not take up any programme, expect the doa mahfil, to celebrate Tarique’s birthday.

Gayeshwar, however, said Tarique himself asked the party not to work out any programme and cut any cake on his birthday. “He instructed us only to pray for him and provide the poor with some assistance and relief materials on the occasion. He’s forbidden us, but he can’t control our emotions and at least 10,000 cakes will be cut today (Friday). Because the reality sometimes gets defeated to emotions.”

A munajat was offered seeking long-life and wellbeing of the BNP acting chairman.

Later, Gayeshwar and other party senior leaders cut three cakes, weighing 56 pounds each, at the BNP office, celebrating the birthday of their acting chairman.

BNP’s different associate bodies took up various programmes, including distributing food among the destitute on the occasion.