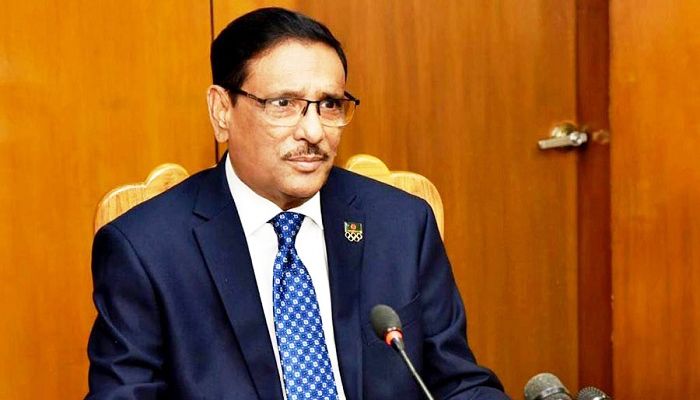 ﻿Awami League General Secretary and Road Transport and Bridges Minister Obaidul Quader said on Tuesday a quarter has chosen social media to spread rumors after failing in the field of politics.

He was addressing as the chief guest a workshop on ''Publicity strategy on social media'', arranged by Awami League's science and technology affairs sub-committee, joining it virtually from his official residence.

Mentioning that no rumor should go unchallenged, Quader urged the pro-liberation forces to build online activist groups to disseminate the truth and to resist those who are spreading falsehood against the government taking the advantage of 'Digital Bangladesh'.

Under the leadership of Prime Minister Sheikh Hasina, he said, Bangladesh is marching ahead at an indomitable speed on the highway of development and attaining remarkable success in all sectors including socio-economic indexes.

The advancement of information and communication technology (ICT) is making the trend of achievements more colorful, he added.

The minister said Bangladesh has already witnessed a silent revolution in the ICT sector due to relentless efforts of Prime Minister Sheikh Hasina's ICT Affairs Adviser and her son Sajeeb Wazed Joy.

Advanced communication technology has reached from the capital to rural areas, he added.