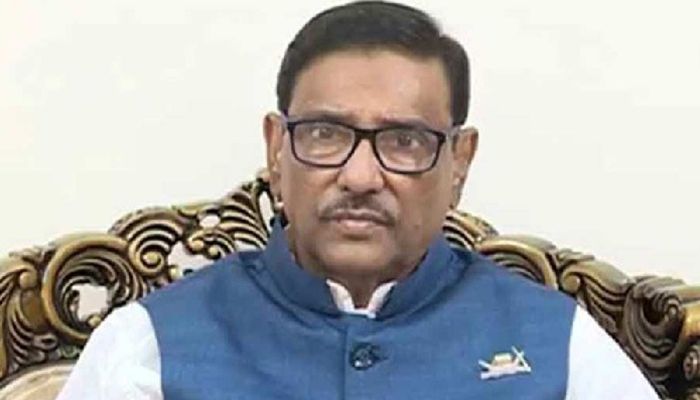 ''Those (BNP) who had spread rumors and propaganda at the beginning of coronavirus outbreak are now spreading misleading information about vaccines,'' he told a press conference at his official residence on parliament premises.

Quader said Prime Minister Sheikh Hasina has set examples in checking the transmission of coronavirus outbreak, providing treatment to infected people, standing beside the distressed people and keeping the wheels of economy running.

He said as the government has been able to arrange vaccines quickly, BNP is suffering from jealousy.

''Though BNP could not come out from the cycle of making blind criticisms, the government of Sheikh Hasina will be able to complete the vaccination programme successfully with transparency, In-shaAllah,'' he said.