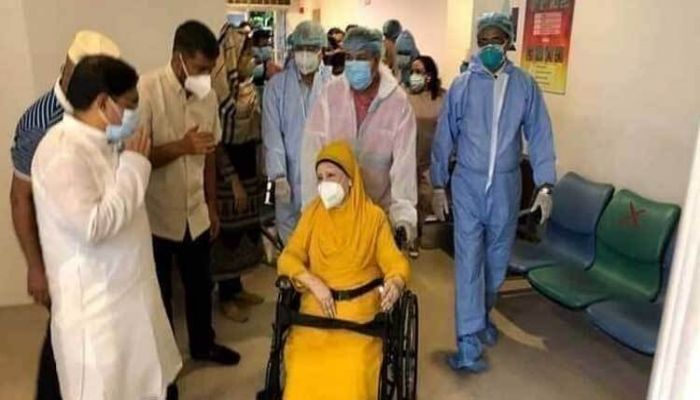 BNP chairperson Khaleda Zia, who tested positive for Covid-19 for the second time on April 24, has been admitted to Evercare Hospital.

Her personal physician Dr AZM Zahid Hossain told media that the former prime minister had been admitted under cardiologist Dr Shahabuddin Ahmed at the hospital for her medical checkup.

Earlier yesterday, Hossain had said Khaleda, who first tested positive for coronavirus on April 11, would be taken to hospital at night to undergo CT scans and other medical tests.

The party's Secretary General Mirza Fakhrul Islam Alamgir told journalists that Khaleda Zia's health condition is stable and she was admitted in the hospital for doing various tests.

Her ultrasound, eco-ecg, and some other tests were performed.

Zahid told journalists that the medical board suggested a few tests, which is why she was admitted.

"Although madam [Khaleda] is Covid-19 positive, she does not have any symptoms," he said.