BNP Leaders Can Not Be Seen Beside People: Hasan 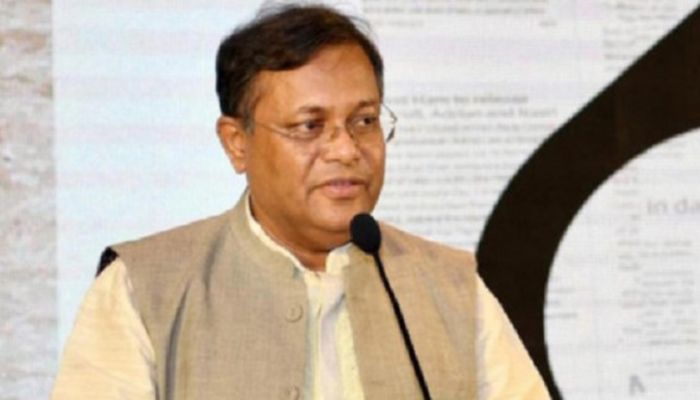 ﻿Information and Broadcasting Minister and Joint General Secretary of Bangladesh Awami League (AL) Dr Hasan Mahmud said leaders of BNP and its allies are seen on television but they are not seen by the side of the country’s people.

He said the BNP leaders are occasionally seen in front of the Press Club in Dhaka city, holding a press conference in Naya Paltan and at Begum Khaleda Zia’s political office and they criticize the government online from their respective residences.

Dr Hasan was speaking as the chief guest at a function to distribute food items among day laborers and the poor people at different areas at Rangunia Upazila of the district today at his own initiative.

The NNK Foundation, the family charity organization of the Information Minister, organized the distribution of food items at the auditorium of the late Advocate Nuruchfa Talukder in Rangunia Municipality.

Food items were distributed to 2,000 families in Rangunia Municipality, Chandraghona, Mariamnagar, Padua and Sreepur-Kharandhip Unions. Assistance will be provided to tens of thousands of families gradually, he said.

The minister said that Awami League provided relief to 1.25 crore people during the coronavirus pandemic.

Hasan Mahmud said that many of those who are dependent on daily income are having difficulties amid the pandemic.

“With that in mind, the Prime Minister has once again started a massive relief operation on behalf of the government. Food items are being delivered to people,” he added.

The minister said that when the lockdown was announced in the first phase of the Corona, relief materials were distributed among thousands of people in Rangunia through his family charity firm NNK Foundation.

“Thousands of people have already been given food aid as the second phase of the lockdown was announced. Relief assistance will be provided to 10,000 families on behalf of the NNK Foundation in Rangunia Upazila. If necessary, this number will be increased further,” he added.