20-Alliance Breaking Up Due to Govt Pressure: Fakhrul 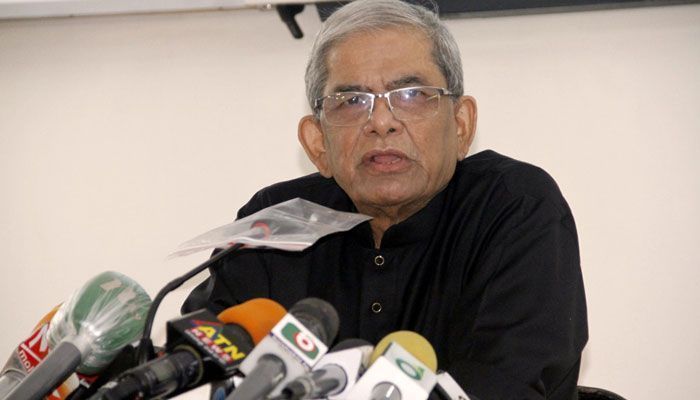 He made the remarks at a press conference at the party's chairperson's office in the capital's Gulshan on Sunday (July 18th) at noon.

Mirza Fakhrul said that they (part of Jamiat Ulama Islam) could not endure in anti-politics. That's why they left. It is not right to blame a person or a party in this regard.

"I want to make it clear that we are doing politics under the leadership of the party's chairperson Begum Khaleda Zia and acting chairman Tarique Rahman," he said. Those who are in 20-party alliance are also doing politics with us in the same way. Mutual trust is excellent in us.