Hearings for 11 Cases against Khaleda Zia on 20 Oct 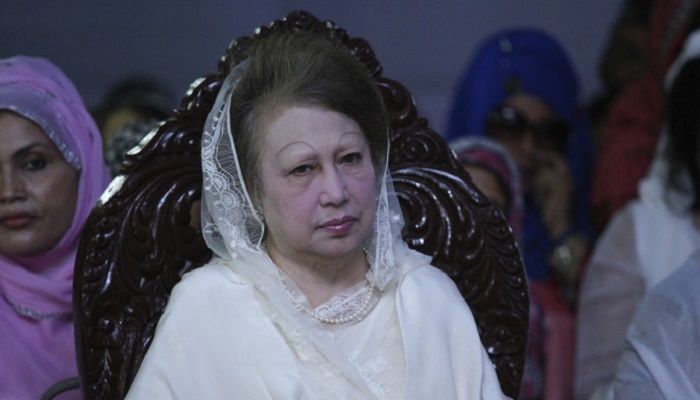 On Tuesday, a Dhaka court set 20 October as the date for the hearings of 11 cases, including arson and sedition, against BNP Chairperson Khaleda Zia.

"She will have to be physically present in court on that day," said Tapash Kumar Pal, public prosecutor for the Dhaka Metropolitan Sessions Judge's Court that issued the order for the 20 October hearings.

After remaining stalled for a long time due to the coronavirus pandemic, the public prosecutor said physical court proceedings have now almost returned to normal.

The hearings for the cases were scheduled to be held earlier on 10 August, but were postponed owing to court closure due to the viral pandemic.

Currently the cases are pending with the Dhaka Metropolitan Sessions Judge's Court and are at the stage of indictment hearings.

On 23 January 2015, an arson attack was carried out on a bus in Dhaka's Jatrabari area in which 29 passengers sustained burn injuries. On 1 February, Nur Alam, one of the injured, succumbed to his injuries while undergoing treatment at Dhaka Medical College Hospital.

Subsequently, Jatrabari police filed a case accusing Khaleda for ordering the terror attack. On 6 May 2015, Detective Branch Inspector Bashir Ahmed submitted the charge sheet for the case, against 38 individuals including the BNP chairperson.

In the same year, eight cases were filed with Jatrabari Police Station, accusing Khaleda Zia of sabotage. Police submitted the charge sheets in 2017.

A sedition case was also filed against BNP chairperson Khaleda Zia in 2016, for making controversial comments regarding the number of Liberation War martyrs.