Did Mirza Fakhrul Witness The Body of Zia?: Hasan 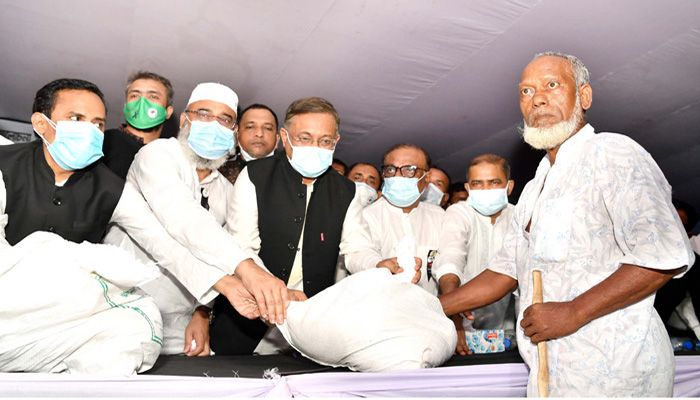 "I would like to ask BNP leader Mirza Fakhrul Islam Alamgir whether he himself saw the body of Ziaur Rahman after his killing. BNP is now trying heart-and-soul to prove the existence of Zia's body at Chandrima Udyan," he said.

The minister stated these while addressing a discussion and distributing Prime Minister's gifts at Uttara Friends Club in the capital. Relief and Social Welfare sub-committee of Awami League organized the discussion marking the National Mourning Day.

Hasan said, "Although I respect Mirza Fakhrul, the people call him 'liar Fakhrul' as he tells lie continuously.”

The minister said all leaders and activists of Awami League stand beside the countrymen from the very beginning of COVID 19 pandemic as per the directives of Awami League President and Prime Minister Sheikh Hasina. Many leaders and workers of the party (AL) died and infected with the lethal virus, he said.

On the other hand, Hasan, also Awami League joint general secretary, said, the BNP leaders did photo session in the first wave of COVID-19, but in the second phase they even didn't do that (photo session).

Later, gifts of Prime Minister were distributed among the people.(BSS)