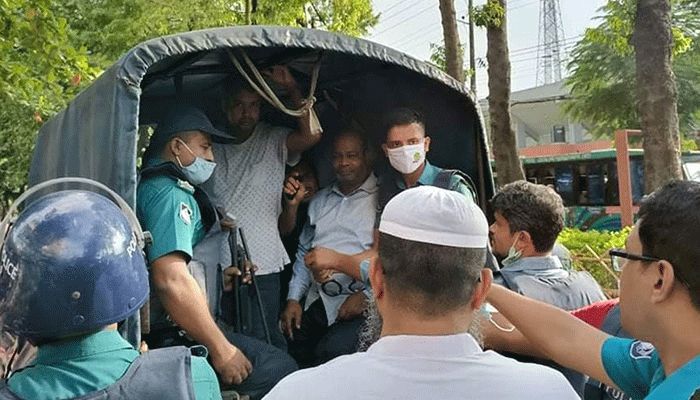 ﻿During a clash between BNP activists and police in the port city's Kazir Deuri district on Thursday, at least eight people were detained (September 2).

According to sources, the altercation occurred at 4:30 pm. Meanwhile, cops arrived on the scene with batons drawn.

According to Officer-in-Charge (OC) Nezam Uddin of the Kotwali police station, a BNP activist attempted to create unrest by holding a protest in the area. They started throwing brick chips at police officers at one point. Later, police used batons to disperse the crowd.

Chattogram Metropolitan BNP convener Dr. Shahdat Hossain, stated a gathering was held in front of the city BNP headquarters. However, the incident took place in the area, injuring some BNP activists. Meanwhile, police detained a number of persons on the scene.