BNP Is Flag-Bearer of Politics of Vengeance: Quader 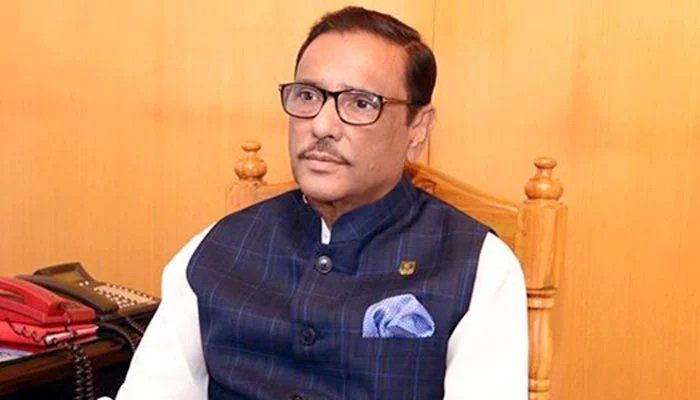 ﻿Awami League General Secretary Obaidul Quader today described BNP as the flag-bearer of politics of intolerance and vengeance and said that the people don’t believe BNP would establish democracy as the party itself does politics in undemocratic ways.

“BNP is the bearer of malevolent and intolerant politics.  The people don’t believe any more that BNP will establish democracy in the country by running the party on undemocratic paths,” he said while speaking at a press conference at BRTA head office.

Though BNP always utters hollow words of democracy, a pro-BNP intellectual revealed BNP’s undemocratic practices inside the party as well as election process of the party’s leadership, he said.

He said BNP is suffering from jealousy as their evil-acts are being revealed.

Mentioning that BNP leaders are constantly spreading hatred against the government, the minister said Prime Minister Sheikh Hasina’s government is tolerating these with its liberalism.

BRTA Chairman Nur Mohammad Mazumder was present, among others.

Under the circumstances, it has become essential to provide license to applicants who intend to go abroad, he added.

The minister said delay or sluggishness in providing license can damage the country’s all achievements, so anymore delay cannot be accepted by any means.