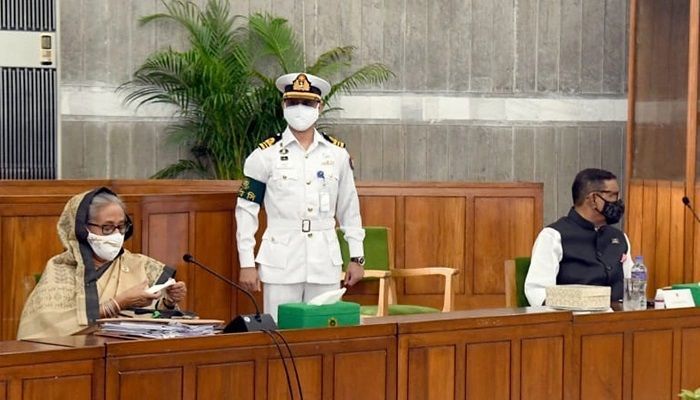 ﻿Prime Minister Sheikh Hasina has urged to strengthen the Awami League from the grassroots level.

She made the remarks while inaugurating a meeting of the Awami League's central executive council at Ganabhaban on Thursday (September 9).

Awami League President and Prime Minister Sheikh Hasina presided over the meeting held almost a year later. 53 members of the Central Executive Parliament took part in the meeting. The closed-door meeting of the committee started after the introductory speech of the party president.

Sheikh Hasina said, "Since the Awami League has a strong organization up to the grassroots, we have been able to deal with the Covid-19 very easily." Because at this time the leaders and workers of the party have stood by the people risking their own lives. She also thanked the leaders and workers of Awami League, Chhatra League, Juba League, Swechchhasebak League and Krishak League.

The Awami League president said, "We are distributing houses to the homeless on the occasion of Mujib Year." We have built about one and a half lakh houses. Of these, only 300 houses were found to be faulty. The conspirators smashed some houses with hammer shovels and spread it through the media and social media.