'Process of Extending Khaleda Zia's Stay Out of Jail Is Ongoing' 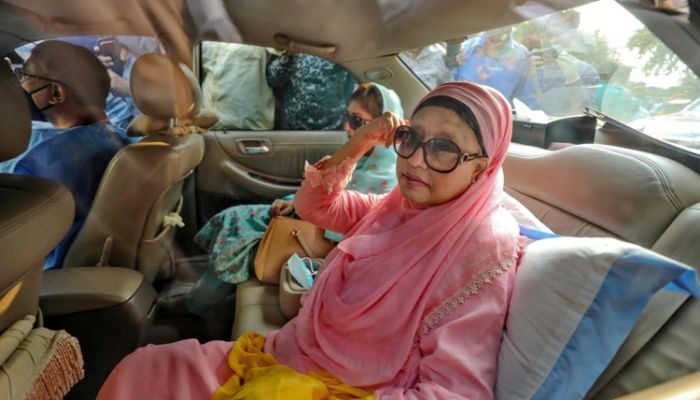 ﻿Home Minister Asaduzzaman Khan Kamal has said that BNP chairperson Khaleda Zia's application for extension of the stay out of jail for six month is under process.

"We have received an application," the home minister told reporters at the secretariat on Thursday (September 16th) morning. We sent it to the law ministry in due process. The process is going according to the opinion given by the law ministry.

Khaleda Zia's family had applied for her permanent release before the expiry of her 16-month release period in three phases. However, the law ministry said the court had jurisdiction to release her permanently.

Law Minister Anisul Haque gave his views on the application to the Home Ministry on September 8. In it, he recommended extending the release period by another six months.

A formal order in this regard will be issued after the approval of the Prime Minister.

Like the previous three points, it has been said again not to go abroad and to extend the release period on the condition of medical treatment at home.

When the BNP lawyers failed to get bail in the two cases, the relatives of the BNP leader took the application to the Prime Minister Sheikh Hasina. The BNP leader returned from the prison cell of Bangabandhu Sheikh Mujib Medical University Hospital to her Gulshan residence in Firoza.