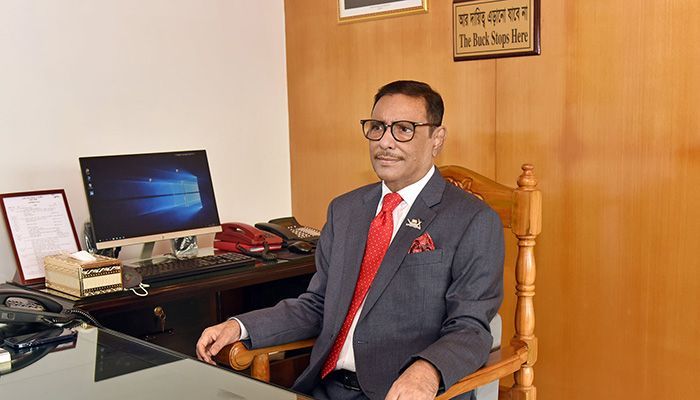 ﻿Road Transport and Bridges Minister Obaidul Quader today said the President will form a neutral Election Commission (EC) through search committee taking with all, giving assurance of holding free and fair elections in the country.

"If the EC performs a neutral role in the country ...then, it is possible to hold fair elections," he said while visiting 8-lane under-construction bridge at Ameen Bazar here this morning.

The government will not interfere in any elections, he added.

Expressing a note of warning against any violence in the country, Quader, also general secretary of the ruling Awami League, said, "Resistance will be forged along with mass people against those who will try to create anarchy in the name of the movement."

Condemning the attack on the vehicle of British lawmaker Tulip Rizwana Siddiq, also the daughter of Prime Minister Sheikh Hasina's younger sister Sheikh Rehana, the minister said the government is closely monitoring the UK government's initiative in this regard.

Talking about polls, the ruling party leader said the election will be held in a conventional way and there is nothing to worry about.

About 25 percent of construction works of the 232.94-meter-long 8-lane Ameen Bazar bridge so far have been completed.

The construction of the bridge began in February, last year and it will be completed by February of 2022.