Why Would People Vote for BNP, Fakhrul Makes That Clear 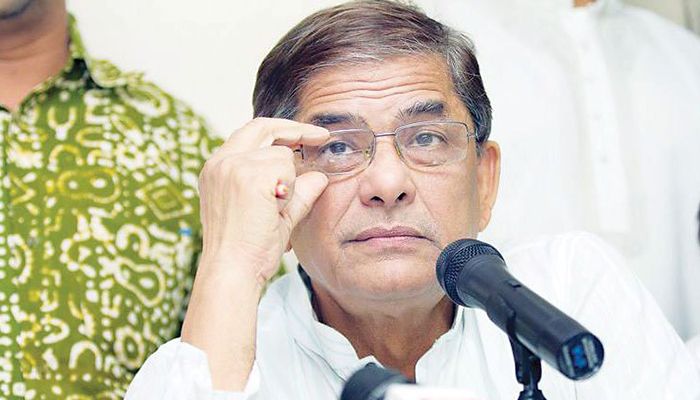 ﻿BNP secretary general Mirza Fakhrul Islam Alamgir has said that the people will vote for the BNP to save the country from the Awami League.

He made the remarks while talking to reporters at the BNP chairperson's office in Gulshan on Tuesday (October 5) afternoon.

Referring to Prime Minister Sheikh Hasina's statement at a press conference yesterday, the BNP secretary-general said, "People want to get rid of this illegitimate government." The BNP is the only party that was able to give a little peace to the people of the country. That is why people will vote for BNP.

The BNP secretary-general said the situation that the Awami League has created in the country in the last 12 years, there is no security of people's lives, no security of livelihood, there is nothing but fear and terror around. As a result, people have become annoyed.