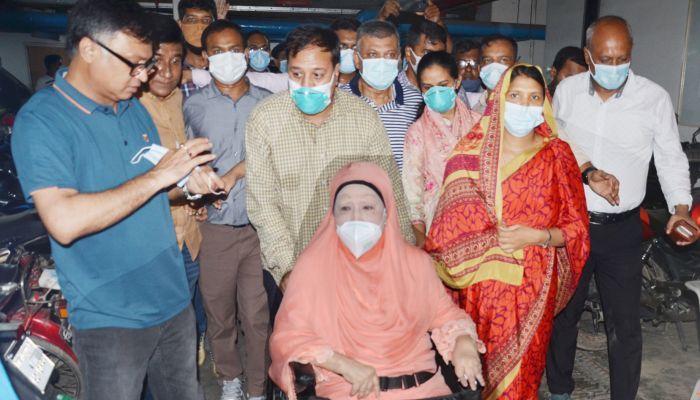 ﻿Khaleda Zia, the BNP Chairperson, was brought to a metropolitan hospital for a medical checkup.

She was brought to Evercare Hospital in the capital about 3:45 p.m. on Tuesday (October 12).

"Before she was transferred to the hospital, the party secretary-general met with the chairwoman to learn about her health status," he added.

Dr. AZM Zahid Hossain, Khaleda Zia's personal physician, stated that she (Khaleda Zia) had been feeling poorly for a few days. As a result, she was sent to the hospital for a medical examination. After a medical board lead by experienced physician Dr. Shahabuddin reviewed everything, the medical board could determine everything about her physical state.

Khaleda Zia tested positive for coronavirus on April 10th. On April 15, she was transported to the hospital for a CT scan. Her condition worsened, and she was brought to the hospital on April 27. After the Delta variant of coronavirus spread across the country, the medical staff advised her to stay at home. Khaleda's corona negative status was revealed by BNP on May 9.