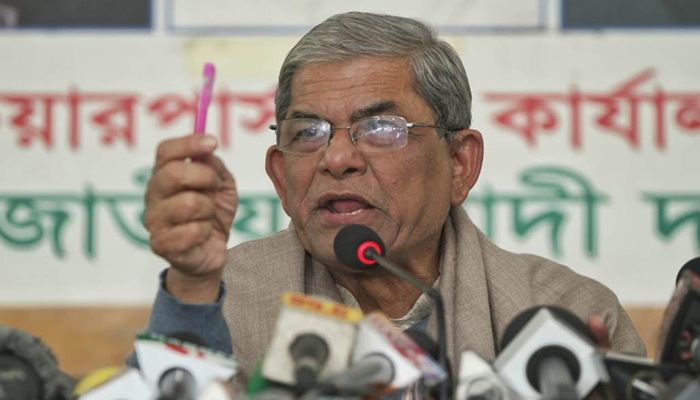 ﻿BNP secretary general Mirza Fakhrul Islam Alamgir has alleged that the incident took place in Cumilla through a government agency.

He made the allegation at a discussion meeting of the 11th founding anniversary of the Jatiyatabadi Somobay dol at the Dhaka Reporters' Unity auditorium on Thursday (October 14).

Protests and violence erupted in Cumilla, Chandpur and Moulvibazar over the alleged desecration of the Holy Qur'an at a puja mandapa in Cumilla. Four people have been reported killed in police firing at Hajipur in Chandpur.

The BNP secretary-general said, "The government has instigated the incident in Cumilla with its agency to destroy the stability and communal harmony of the country."

"There are many problems in the country," he said. The incident in Cumilla has diverted the attention of the people from those problems. Fakhrul also demanded immediate and exemplary punishment for those involved in this incident. "

Regarding the BNP chairperson's illness, the party secretary-general said, "She needs a better hospital for her treatment, which is not possible in Bangladesh."

"Khaleda Zia deserves bail," Fakhrul further said. She must be released so that she can receive proper treatment."