Will Request PM to Review the Decision: Gazipur Mayor Zahangir 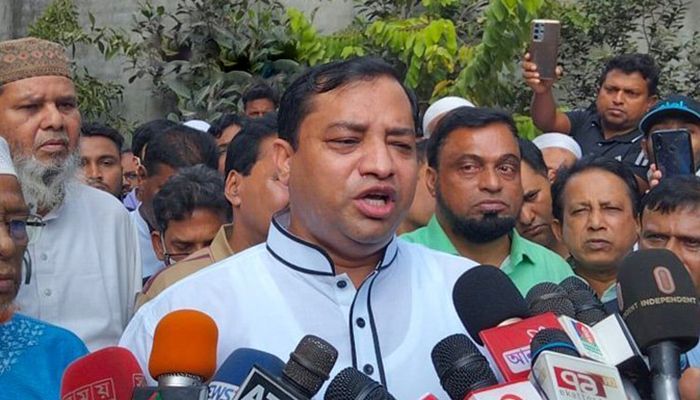 ﻿Gazipur city Mayor Mohammad Zahangir Alam, who has been expelled from Awami League for his controversial comment on Bangabandhu and other local leaders, said he will submit an application requesting the prime minister to review the decision.

"A rival group has long been involved in doing harm to me since my involvement in student politics and subsequently, some people have conspired against me," he said while talking to reporters at his residence today, reports UNB.

The mayor also offered an apology and requested Prime Minister Sheikh Hasina to rethink her decision.

"I didn't do anything wrong. I'll accept the Prime Minister's decision. If she (PM) wants, I am ready to walk the gallows. Bangabandhu, Sheikh Hasina and Awami League are my existence and I want to remain a general member and supporter of the party until death," he said.

The decision was made at a meeting of the Awami League Central Working Committee at Gono Bhaban, chaired by party chief and Prime Minister Sheikh Hasina, yesterday evening.

On October 3, Awami League issued a show-cause notice to Zahangir over his remarks -- on Bangabandhu, the number of people martyred during the Liberation War and other local leaders -- in a recent video that went viral.