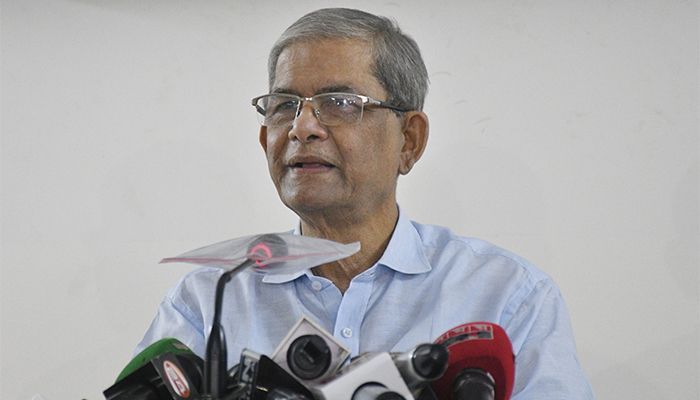 "The government has pushed her to death by not providing any treatment in the last three years," alleged Mirza Fakhrul.

"The government has imprisoned Khaleda Zia to abolish country's democracy," Fakhrul said while speaking at a press conference at the Naya Paltan party office on Wednesday afternoon.

"All the programs are depending on BNP Chief's health condition. These program schedules may change," said Fakhrul.

Asked whether the announced program on the Khaleda Zia issue could create pressure on the government, the BNP secretary general said, "We do not want to wage any reckless movement."