Quader for Taking Oath to Make a Non-Communal Country 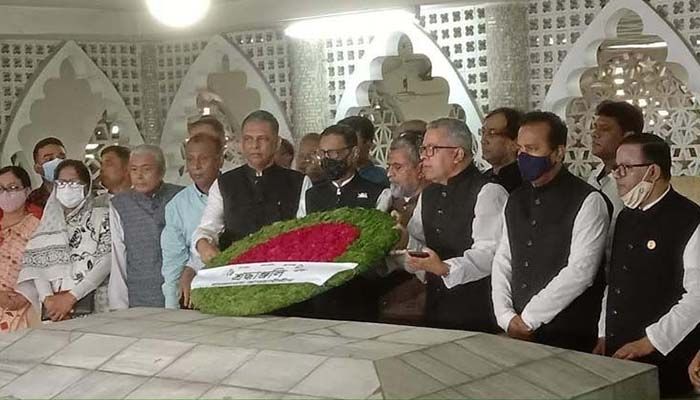 ﻿Awami League General Secretary and Road Transport and Bridges Minister Obaidul Quader called upon all to take oath to continue the fight against communalism to build a non-communal Bangladesh under the leadership of Prime Minister Sheikh Hasina, reports BSS.

"The poisonous stench of communalism is still spreading in the country. We have to fight under the leadership of Prime Minister Sheikh Hasina to save the nation from the wreath of communalism," said Obaidul Quader.

The minister made the remarks after placing wreath on behalf of Awami League at the grave of Sher-e-Bangla AK Fazlul Haque marking his 60th death anniversary.

Sher-e-Bangla AK Fazlul Haque was a non-communal and humanitarian leader, he said, adding, "Everyone must move forward with a pledge of building a non-communal Bangladesh under the leadership of Bangabandhu's daughter Sheikh Hasina".