No Difference between Rizvi Ahmed And TIB: Hasan Mahmud 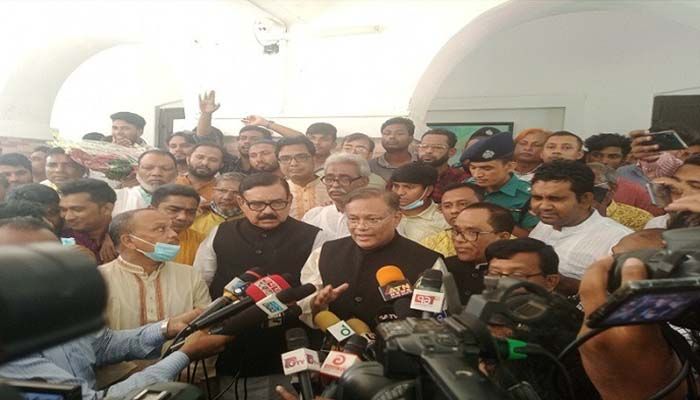 Talking to journalists at Rangpur Circuit House on Tuesday (May 10) afternoon, he said, "TIB now issues statements frequently. An incident happened at midnight over rail tickets and TTE recently. Instead of knowing about the matter, TIB issued a statement on the following morning."

Terming the incident, allegedly committed by LDP secretary general and former MP from Cumilla-7 constituency Dr Redwan Ahmed, as "very heinous," the minister said, "Our party workers assembled there and he (Redwan) also went there. Then a watermelon was hurled at him. But, in reply, he fired shots, and two of our party received bullet injuries and several others were wounded. It was very shame, unfortunate and heinous."

Hasan Mahmud said, "Mirza Fakhrul Islam Alamgir makes various comments, and utters words defending Redwan Ahmed's firing of shots. Now, it is necessary to find out whether Redwan Ahmed fired shots at the directive of Mirza Fakhrul or any other top BNP leader. The incident is under investigation. It's real mystery will come out through a fair investigation. Stern action will be taken against those who will be found guilty."

Later, the minister joined the triennial convention of Kotwali Thana Awami League under the Rangpur City.