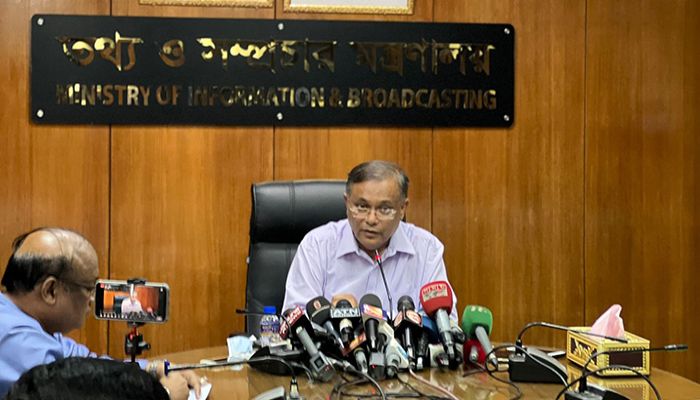 The government is not organizing any festival to mark the opening of the Padma Bridge, Information Minister Hasan Mahmud said on Monday, reports BSS.

There will just be an opening ceremony and a public rally on June 25, he told reporters at the Secretariat adding that the Padma Bridge has become a “symbol of our ability.”

He said people across the country are jubilant as the construction of the bridge has become a reality despite opposition from BNP.

“BNP doesn’t want any inaugural programme over the opening of the Padma Bridge and they hatched conspiracy to foil its opening. But their conspiracies have been thwarted,” said Hasan, UNB reports.

Referring to the flood situation in Sylhet and northern region of the country, Hasan said Prime Minister Sheikh Hasina has instructed the authorities to go all out to rescue the marooned people and reach relief materials to them. The Army has been deployed for rescue operation.

The leaders and activities of the ruling party Awami League are working in the flood-affected areas alongside the local administrations, he said.

A Chhatra League leader died while working in flood-hit areas, he added.