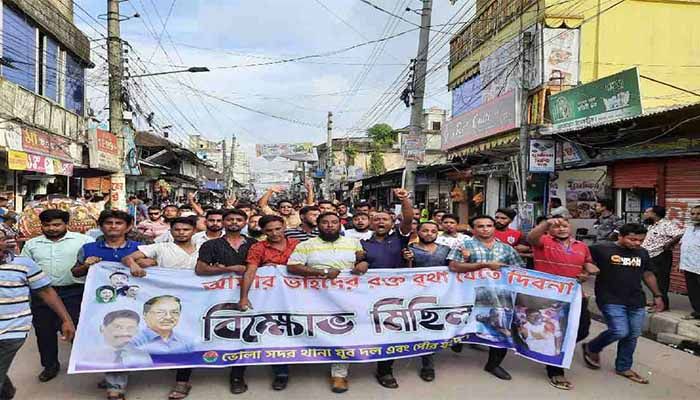 ﻿BNP has called a dawn-to-dusk strike in Bhola on Thursday, protesting the death of district JCD president Md Nur-E-Alam.

Bhola unit BNP president Golam Nabi Alamgir announced the shutdown on Wednesday evening from a meeting at his residence.

Nur-E-Alam was on life support in a private hospital in Dhaka after being injured critically during a clash between the police and BNP activists in Mahajanpatti area of Bhola.

The clash took place on Sunday morning during a protest rally called by the BNP to bring down the prices of commodities. A BNP activist, Abdur Rahim Matbor, was also killed in the clash, injuring at least 50 people.