Jashore Gears Up for PM’s Rally Thursday amid Tight Security 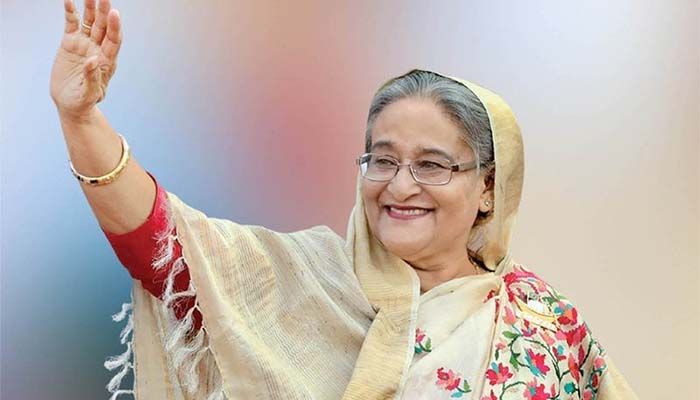 ﻿The leaders and activists of Awami League (AL) are preparing to hold the party’s rally in Jashore on Thursday when Prime Minister Sheikh Hasina is expected to be present as chief guest.

A boat-shaped stage has already been prepared at the rally venue at Jashore Stadium.

The law enforcement agencies and district administration deployed Rapid Action Battalion’s (Rab) dog squad with other precautions from Tuesday to ensure security as around “10 lakh” people are expected to join the rally.

Jashore District AL President Shahidul Islam Milon said the people of the district and the southern region are eagerly waiting to hear the speech of the Prime Minister.

Expecting the Jashore stadium to be a human sea tomorrow, Milon said additional preparations have also been made to hold the rally in an orderly and festive atmosphere.

“The PM’s rally in Jashore will prove that the Awami League is against anarchy and chaos. And the party is determined to take the country forward in line with the spirit of the Liberation War,” said the AL leader.

A team of 400 volunteers has been formed to make the rally a success. The members of this committee will assist those coming to the rally, said District AL Secretary for Relief and Social Welfare Affairs and convener of Discipline and Volunteer Sub-Council Sukhen Majumdar.

From Jashore airport to the stadium, the walls of public-private and autonomous institutions have been painted in different colours with the PM's speech and various slogans of the party. Repair work of the damaged road has already been completed.

Jashore Sadar Traffic Inspector Subhendu Kumar Munshi said 12 specific routes have been allowed to reach the venue. No vehicles will enter the city on the day of the rally.

Around 20 parking areas have been selected as per the target of district Awami League, he added.