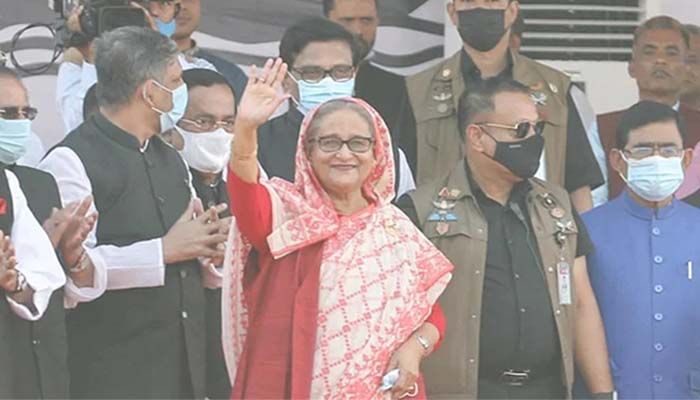 ﻿Awami League President and Prime Minister Sheikh Hasina's public rally has started at Jashore Shams-ul Huda Stadium. Not just the stadium venue; people have thronged all over Jashore city. A little before three o'clock, the Prime Minister appeared on the platform of the rally.

Earlier, before 12 noon, the rally place was filled to the brim. However, people are still walking from far away to the public rally place. The people of Jessore are eagerly waiting to hear what message the Prime Minister is bringing about the upcoming parliamentary elections.

Members of the security forces are allowing visitors to enter the meeting venue after several rounds of searches through tight security. Superintendent of Police of the Special Branch of District Police Feroze Kabir told reporters that a five-level security zone has been created at the public meeting place.

Sheikh Hasina is appearing at Jessore's Shams-ul Huda Stadium 50 years after Father of the Nation Bangabandhu Sheikh Mujibur Rahman's speech. The local Awami League leaders are hoping that the Prime Minister is bringing 'new dreams and a branch of hope' with the traditional influence of the Awami League in the South Bengal politics of the country.