PM Seeks Vote for 'Boat' in Next National Polls 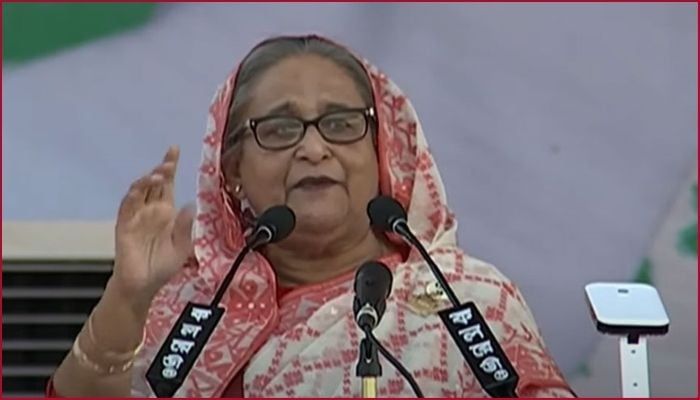 ﻿Prime Minister and Awami League President Sheikh Hasina today urged the people for her party's election symbol "boat" to give the her government another chance to serve the nation, as she addressed a grand rally here to begin the nationwide electoral campaign ahead of the 12th parliamentary election likely to be held in early 2024.

"I want you (mammoth gathering) to promise that you will vote for the 'boat' to give the Awami League another scope to serve you as you did in the last election," she said.

The Prime Minister reminded all that the BNP did not give anything to the people rather resorting to the politics of killing, torture, and filing false cases one after another alongside making its own fortunes by plundering public money, conducting arms trading, and siphoning off money.

"BNP did not give anything to the people except killing, repression and jail terms," she said, referring to her government's massive development works across the country which helped Bangladesh become a developing country.

The premier alerted the countrymen about rumours about the reserve and liquidity in banks spread by the BNP-Jamaat clique, saying don't pay heed to the rumours as Bangladesh is in a strong position economically and it has no crisis of money in the bank though the world is been going through an economic recession.

"We have no problem with money in banks as we have enough money," she said.

The gathering at the Jashore District Stadium and its surrounding areas, including lanes and bylanes, turned into a human see as people from all strata including leaders and activists of the AL, its front and associate bodies from Jashore and its adjoining districts thronged in thousands to see and hear the Prime Minister after five years.

As Sheikh Hasina got on the boat-shaped stage at 2.38 in the afternoon, she was welcomed by chanting various slogans.